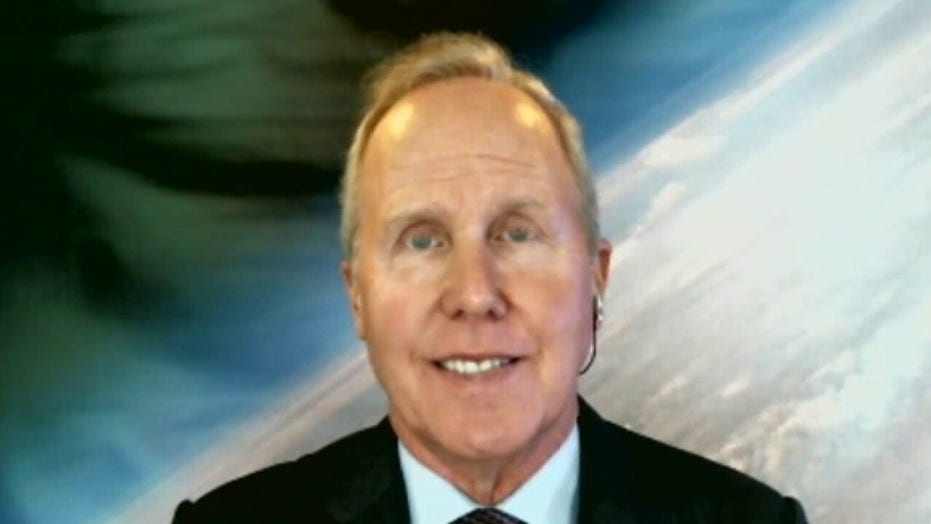 Jones made the comments just as Richard Branson touched down safely Sunday and stressed that he wants to make space travel accessible for everyone.

The Virgin Group founder launched Sunday with five crewmates from his space-tourism company, flying 53 miles above the earth in a final test mission before kicking off commercial space flights next year. Branson, who earned his pilot’s license, tested the astronaut cabin experience with the group, which experienced about four minutes of weightlessness and witnessed the curvature of the Earth before returning home to a runway landing.

When Branson landed on Sunday, he told a crowd of about 500 people in New Mexico, “Welcome to the dawn of a new space age.” 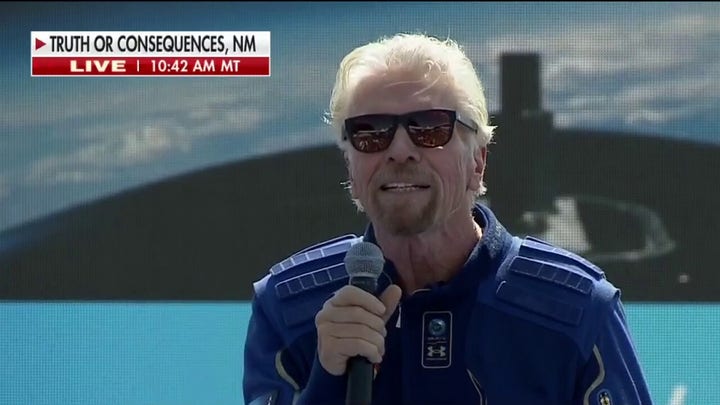 Jones explained that the successful journey is significant because “it’s the opening of the door to space tourism, and that’s a new expansion of the economy in space.”

He noted that Virgin Galactic would make the trip shorter and cheaper “and so it opens access to a wider population of prospective space travelers.”

Branson’s other chief rival in the space-tourism race is SpaceX’s Elon Musk.  Jeff Bezos’ Blue Origin company is also in the mix, planning to send tourists past the so-called Karman line 62 miles above Earth, which is recognized by international aviation and aerospace federations as the threshold of space.

On Sunday, Branson became the first person to blast off in his own spaceship, beating Bezos by nine days.

Jones stressed on Sunday that the developments are “happening in America.”

“There’s no other country in the world that is putting private passengers into space on a private venture, a company funded by investment and by the vision of Branson in this case,” Jones said. “Same with Bezos and others to follow like SpaceX with Elon Musk.”

“So it’s happening here because we have the fertile environment for that kind of innovation and entrepreneurship, and I think that’s quite exciting and I hope we’ll continue to keep the edge in the commercial space just as we strive to keep our edge in exploration, at the moon, at the asteroids and Mars,” he continued.

When host Arthel Neville asked Jones “how difficult was it to get to this point today,” he responded that it was “a lot harder” than initially expected. 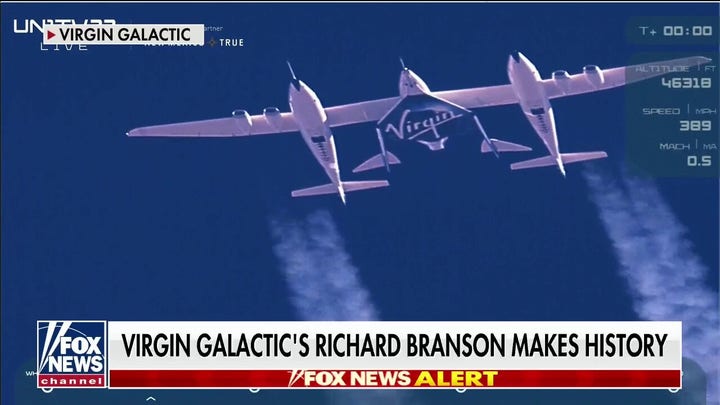 He pointed to 2014, when a Virgin Galactic rocket plane broke apart during a test flight, killing one pilot and seriously injuring the other.

The risks to Branson and his crew were also underscored in 2007, when a rocket motor test in California’s Mojave Desert left three workers dead.

Jones acknowledged that the journey does not come without risk, but noted that it’s “still quite an adventure.”

He also added that it’s “quite expensive to get this kind of a service started, but the prices will come down thanks to competition and I think Branson will see his investment pay off.”

Virgin Galactic already has more than 600 reservations from people wanting to take the trip to space, with tickets initially costing $250,000 each.

FOX Business’ Peter Aitken and the Associated Press contributed to this report.