Video footage shows passengers on a South Western Railway train howling with laughter as they hear the sounds of hardcore pornography over the loud speaker.

A man’s voice can be heard groaning and panting in the video as he intermittently swears with furious intensity.

According to witnesses, it appeared the sounds were coming from a video they claimed the driver could have been watching. 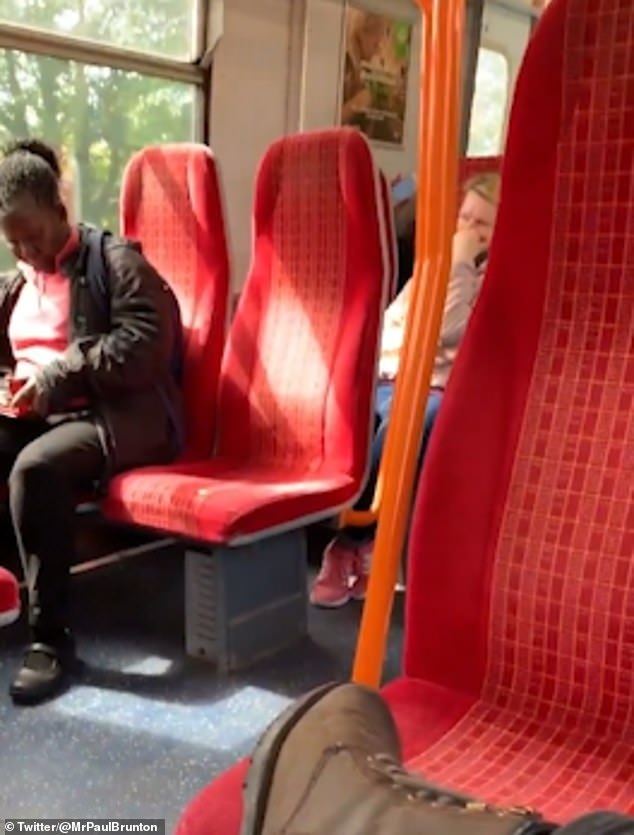 One passenger in the video cannot contain her laughter and maintains a prolonged facepalm.

Bouts of laughter can be heard throughout the carriage for the entire 30-second video.

The footage was posted on Twitter by Paul Brunton, where it has amassed more than 12,000 likes. 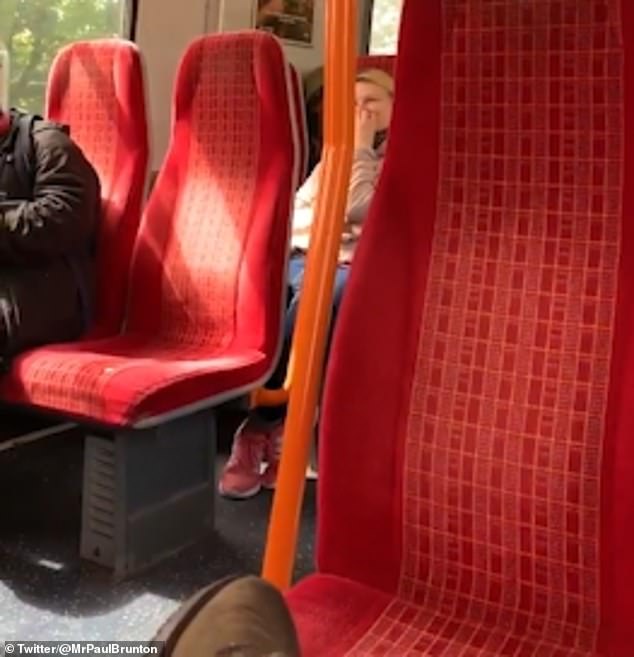 Train passengers cannot contain their laughter throughout the 30-second video, which has more than 12,000 likes on Twitter

He also commented on the thread: ‘Amazing multitasking from the driver.’

A South Western Railway spokesman told The Mirror that the incident was unacceptable and the company apologised to customers.

‘We are investigating this incident to establish how this material was broadcast on our service,’ he said.