AMERICANS were left convinced that former president Donald Trump was wearing a diaper as they spotted a bulge in his suit trousers during his speech to Republicans in North Carolina.

Trump addressed GOP members at the state convention on Saturday in his first televised remarks in more than three months. 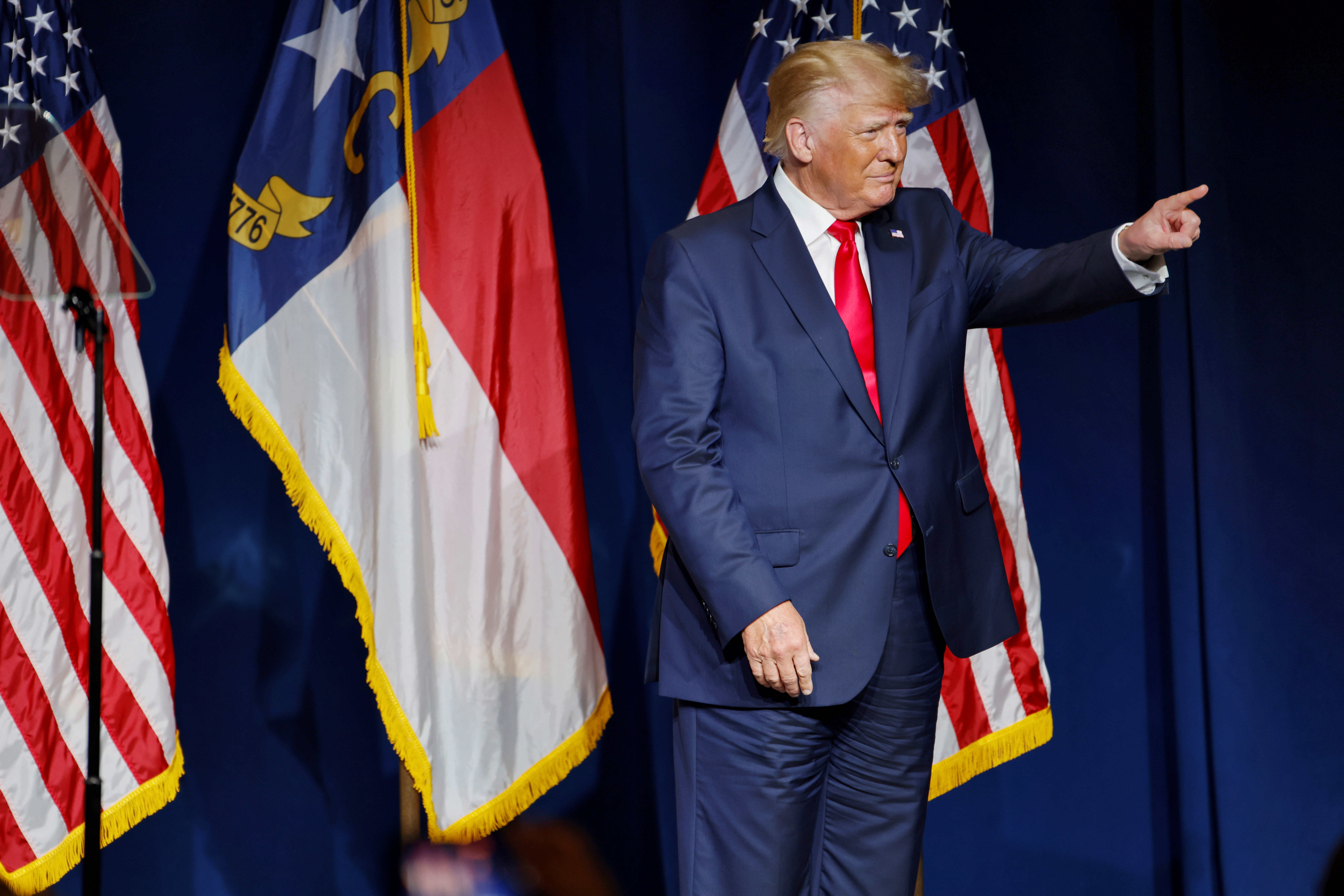 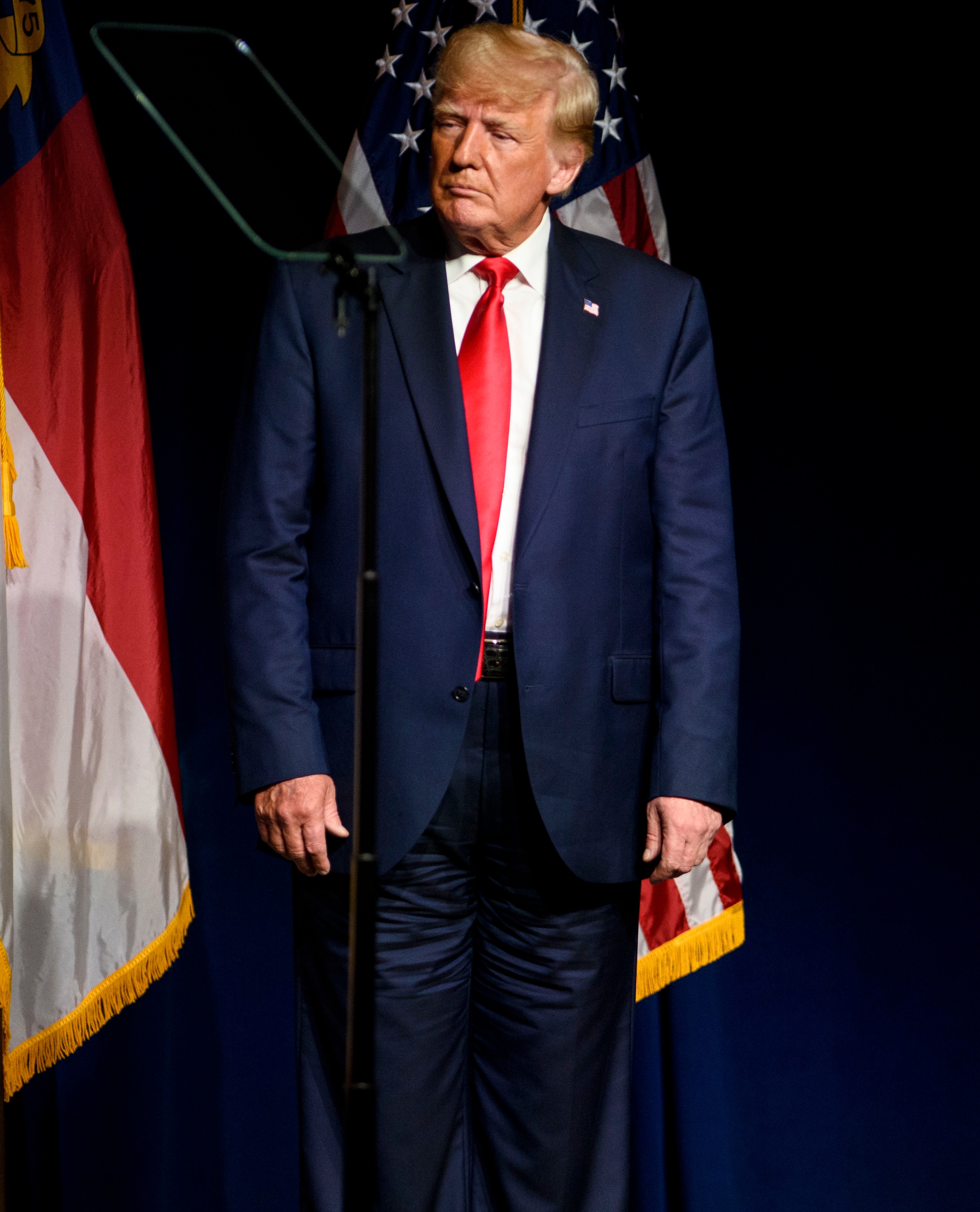 The former president railed against the “radical left” and repeated allegations that the 2020 election was "corrupt".

Viewers shared screenshots of Trump’s blue suit trousers and claimed that he was wearing a diaper after noticing a bulge in his pants.

One said: “When my baby had a diaper that looked like that, it was beyond time for a change!! #DiaperDonnie."

Another alleged: “I am surprised that #DiaperDon isn’t trending again now that Trump went onstage after s***ing his Depends.”

A social media user said: “Adult diapers! Nobody will ever guess you’re wearing them! #ToddlerTrump #DiaperDonnie.”

Others claimed Trump had "used his diaper" and "refused to change" it. 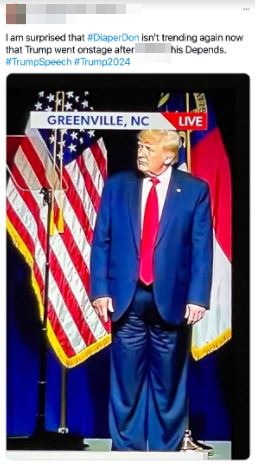 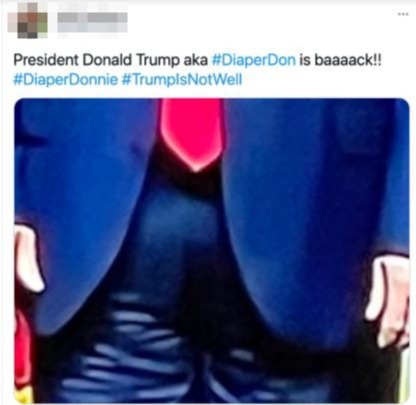 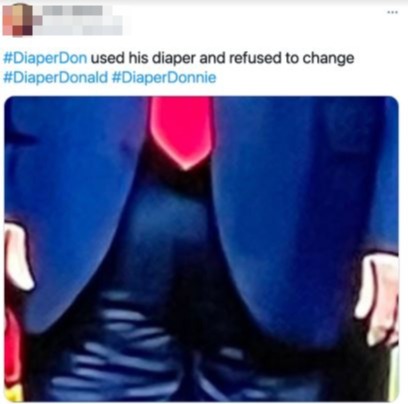 It's not the first time that the hashtag #DiaperDon has gone viral on social media.

Twitter users mocked Trump over a Thanksgiving teleconference he gave at the White House last November.

He was addressing the US military sitting behind a relatively small desk when a photographer snapped a side picture of him on the chair.

Many Twitter users users poked fun at Trump for his voluminous legs and glute area – which some suggested was in part due to a diaper.

The hashtag #DiaperDon began circulating with the photo of Trump sitting at the desk and some users even photoshopped it with toys and a bib as if he was a child. 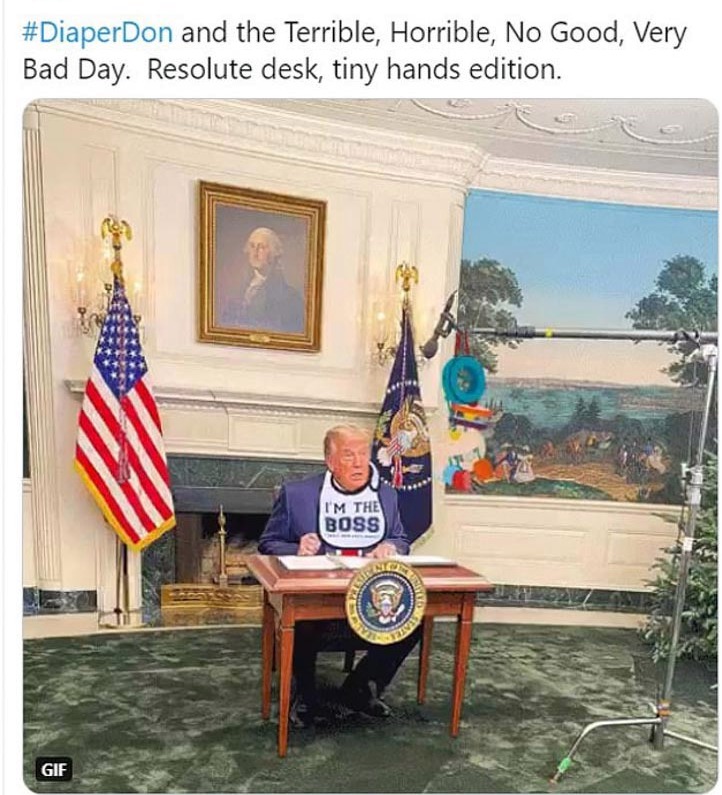 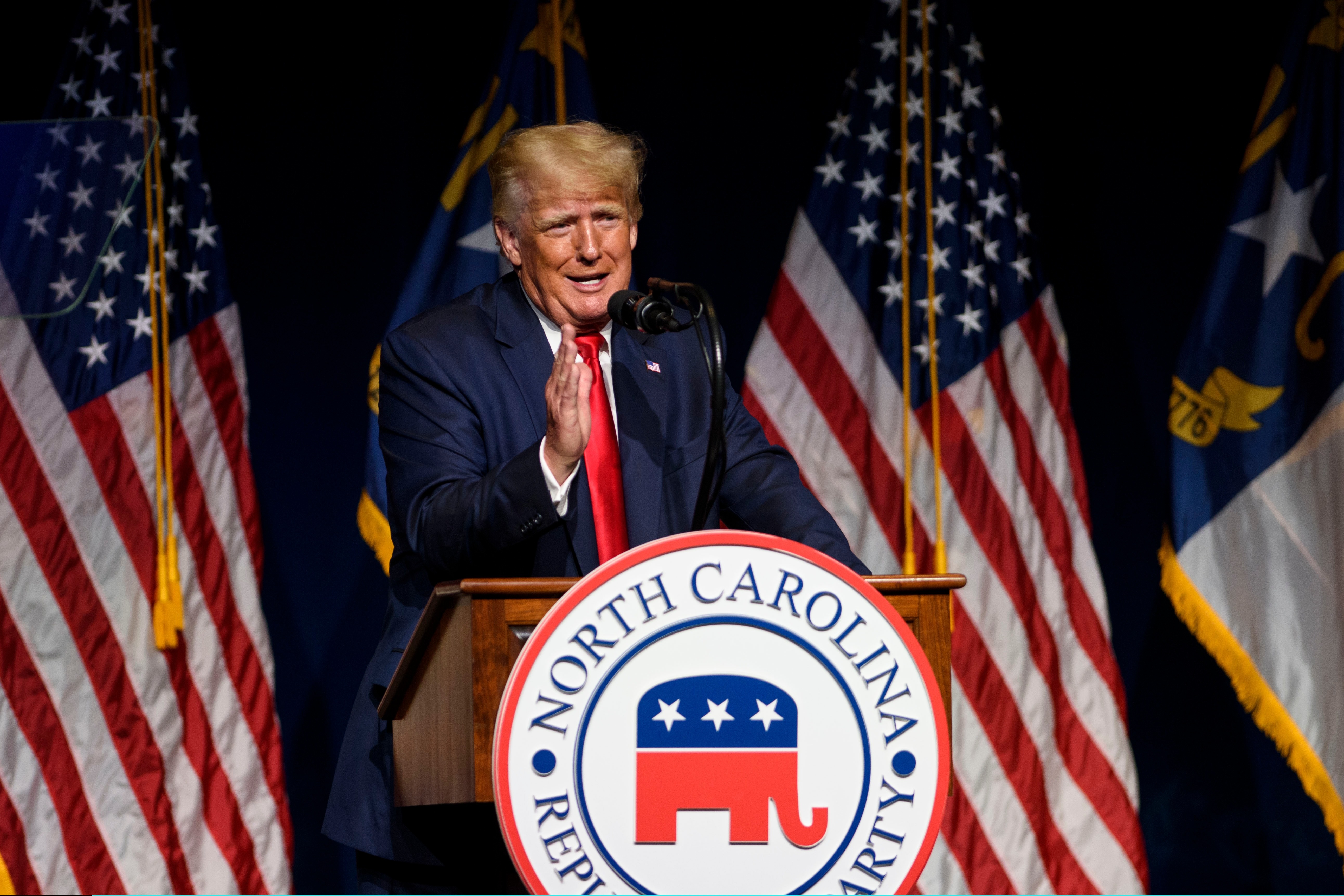 Anti-Trump viewers also accused the former president of having his pants on backward while he addressed the crowd.

Eagle-eyed Twitter users suggested that Trump’s zipper and hem could not be seen from the front, suggesting that he instead had worn them backward.

One user wrote: "His pants are definitely on backwards. There is no fly and the creases are those found at the back of the legs.

Another added: "Lol. If they’re pants without a fly/button and some sort of elastic, they are definitely on backwards.

Trump, who won North Carolina in the 2016 and 2020 presidential elections, used the speech to blast Joe Biden over immigration and for "bowing down to China" during his first four months in office.

He portrayed the upcoming midterm elections as the battle for America's survival in his fiery speech. 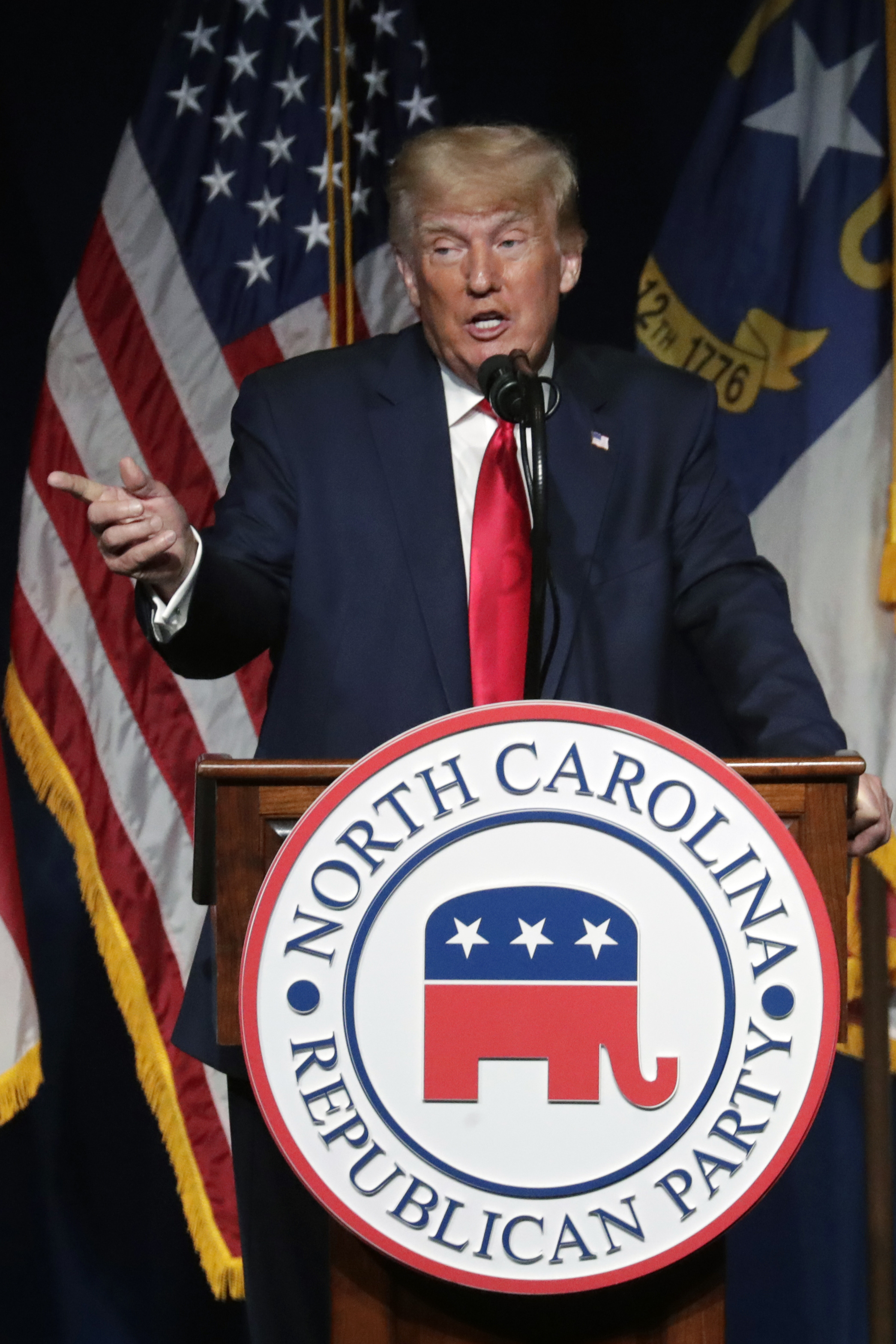 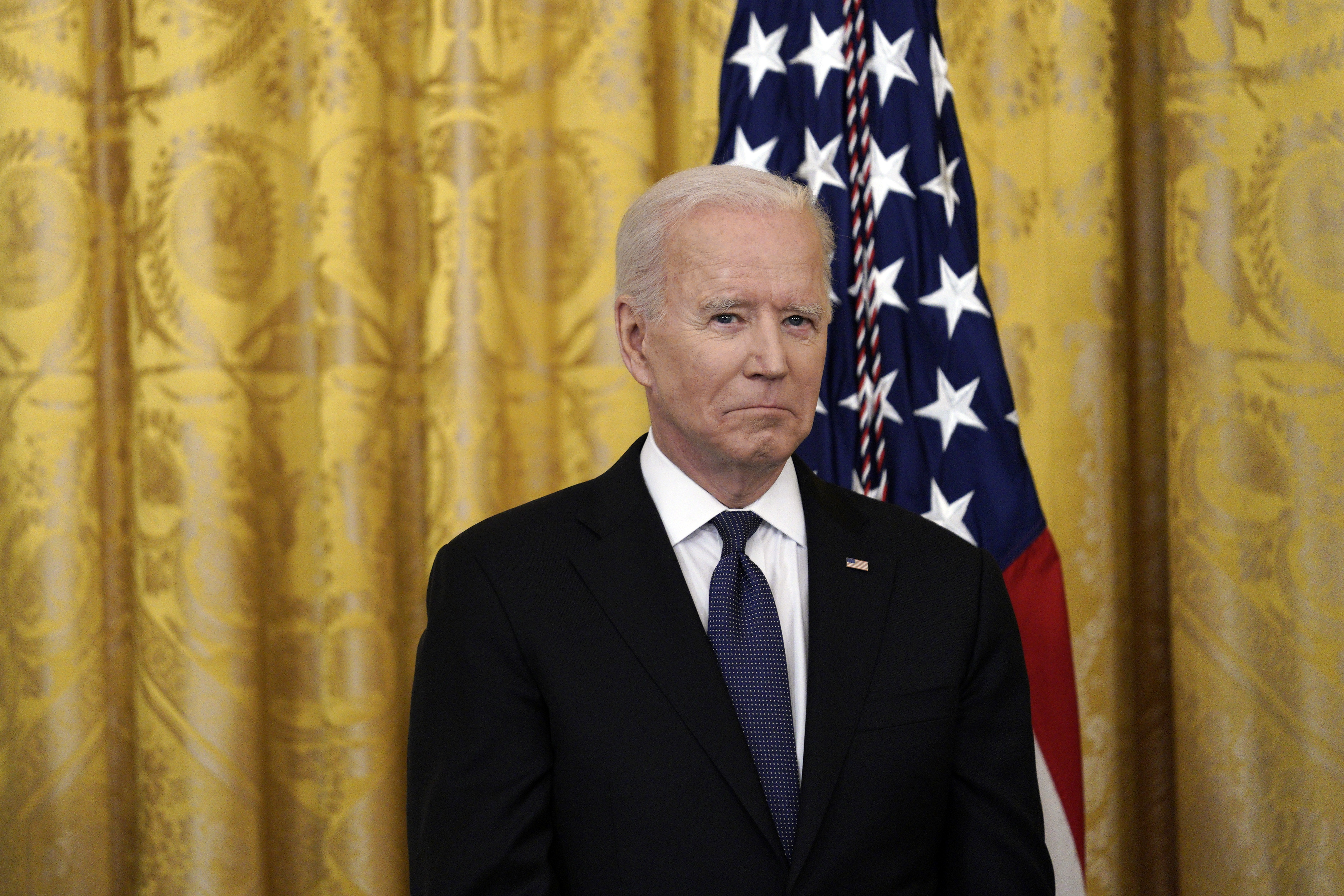 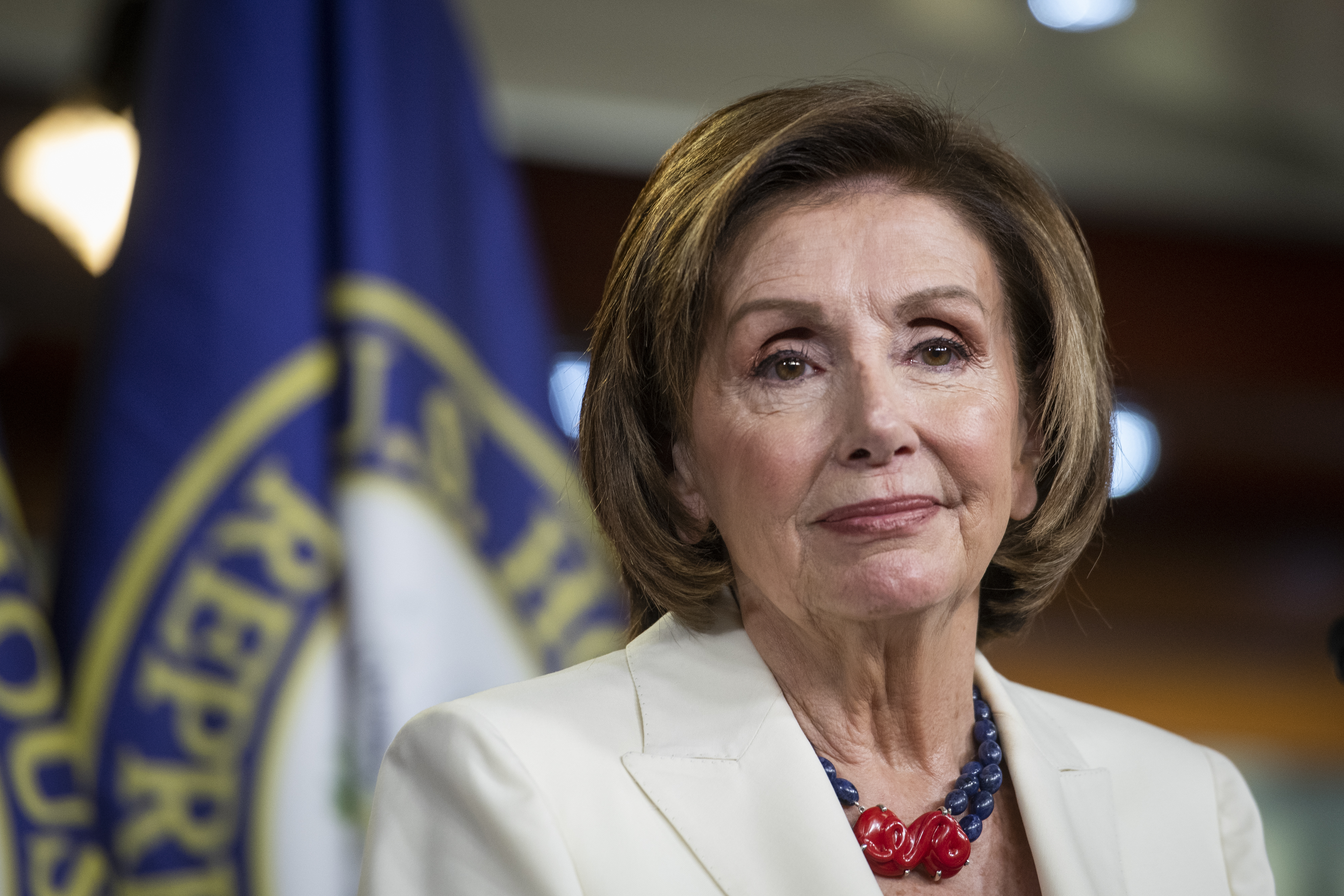 He said: “The survival of America depends upon our ability to elect Republicans at every level – starting with the midterms next year.”

"Our freedom is being taken over by left-wing cancel culture," Trump slammed.

The former president also took a hit at his own party as he said at least the Democrats "stick together."

He blasted the Democrats for “playing dirty with the impeachment hoax” as he touted the idea of removing House Speaker Nancy Pelosi.

Trump told the convention that the GOP is "going to take back our country and take it back at a level".

He said: "This was going to be a Democratic state but here we are dominating when you look at everything that's happened so it's really great," he said of North Carolina. 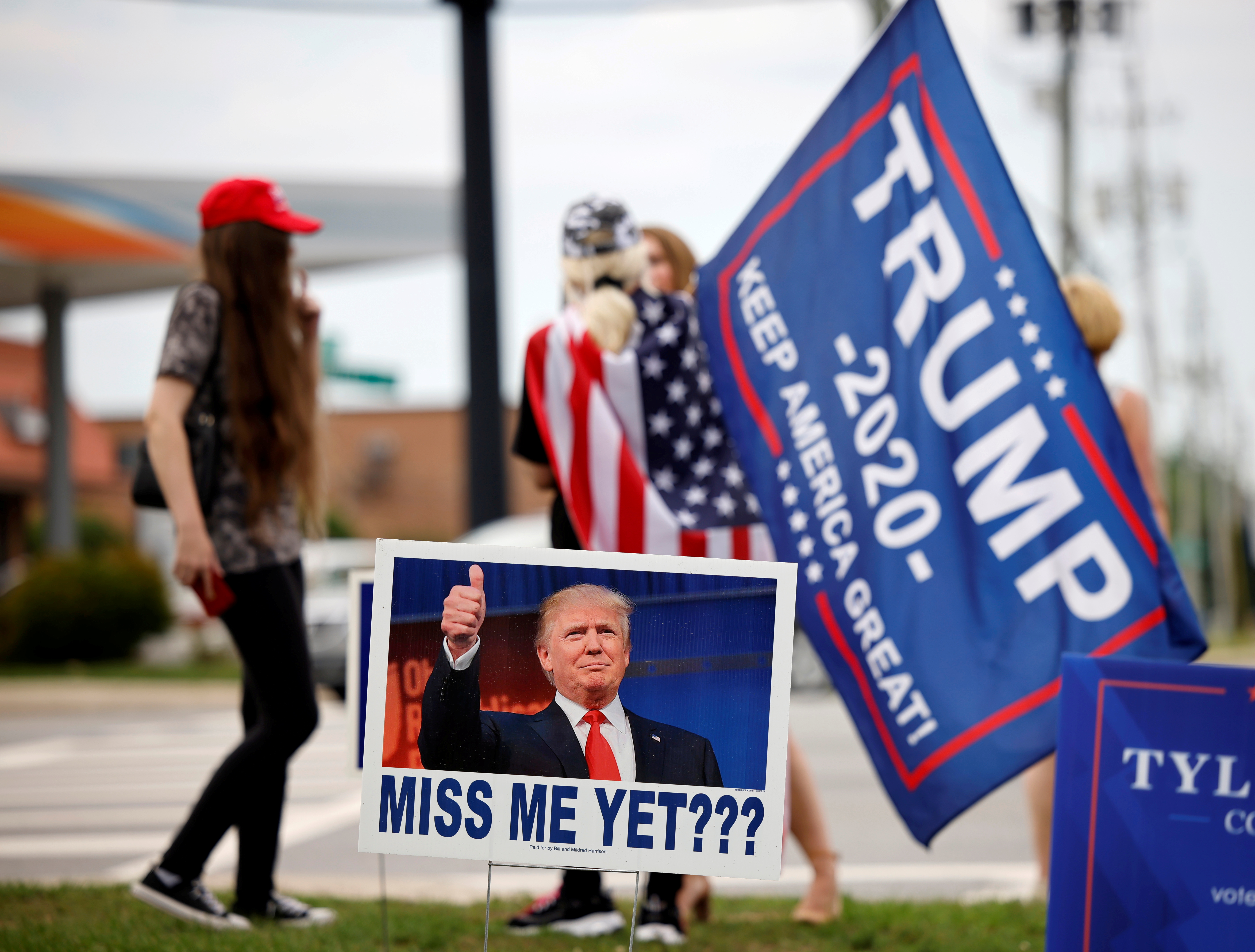 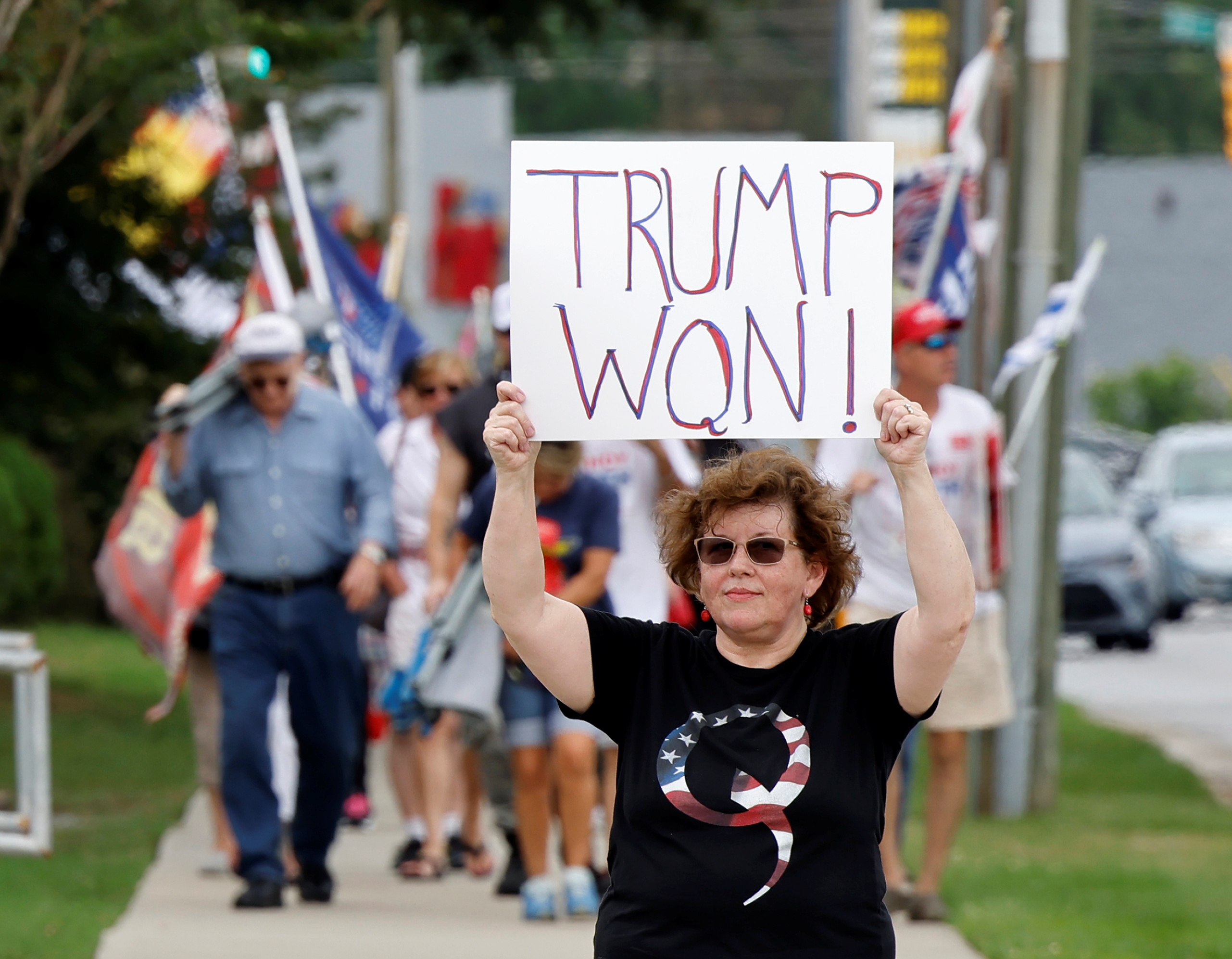 "Remember they stick together on the impeachment hoax. They just play a little different, a little tough, a little dirty, and we just can't let it happen."

Before taking to the stage, Trump vowed to take back the White House and the Senate "sooner than you think" in a video posted ahead of his comeback speech.

"It’s going to be really something special but the love and the affection and the respect that you’ve given all of us, it’s really important."

Daughter-in-law Lara previously said he will get four more years and his team still has "plenty of time" to challenge the 2020 election results.

Trump has previously teased the idea of another run for the White House in 2024 but said a decision will probably be made after the midterms.