Vladimir Putin limps along red carpet after landing in Iran

Vladimir Putin has been filmed walking with a ‘discernible’ limp at an airport in Iran today.

Footage shows the Russian president arriving in the Middle Eastern country for his second foreign trip since he invaded Ukraine in February.

His appearance has fuelled rumours about his health, which have overshadowed reports of his upcoming meetings with Iran’s supreme leader Ali Khamenei and Turkey’s President Recep Tayyip Erdogan.

Putin appeared unsteady and could be seen awkwardly shuffling down the steps of the plane with his right arm stiffly hanging by his side.

His arrival in Tehran came after months of speculation about his alleged cancer diagnosis and Parkinson’s disease.

Onlookers have cited videos of the warmonger looking shaky or tense as evidence that he might be ill but some medical experts have disputed such talk. 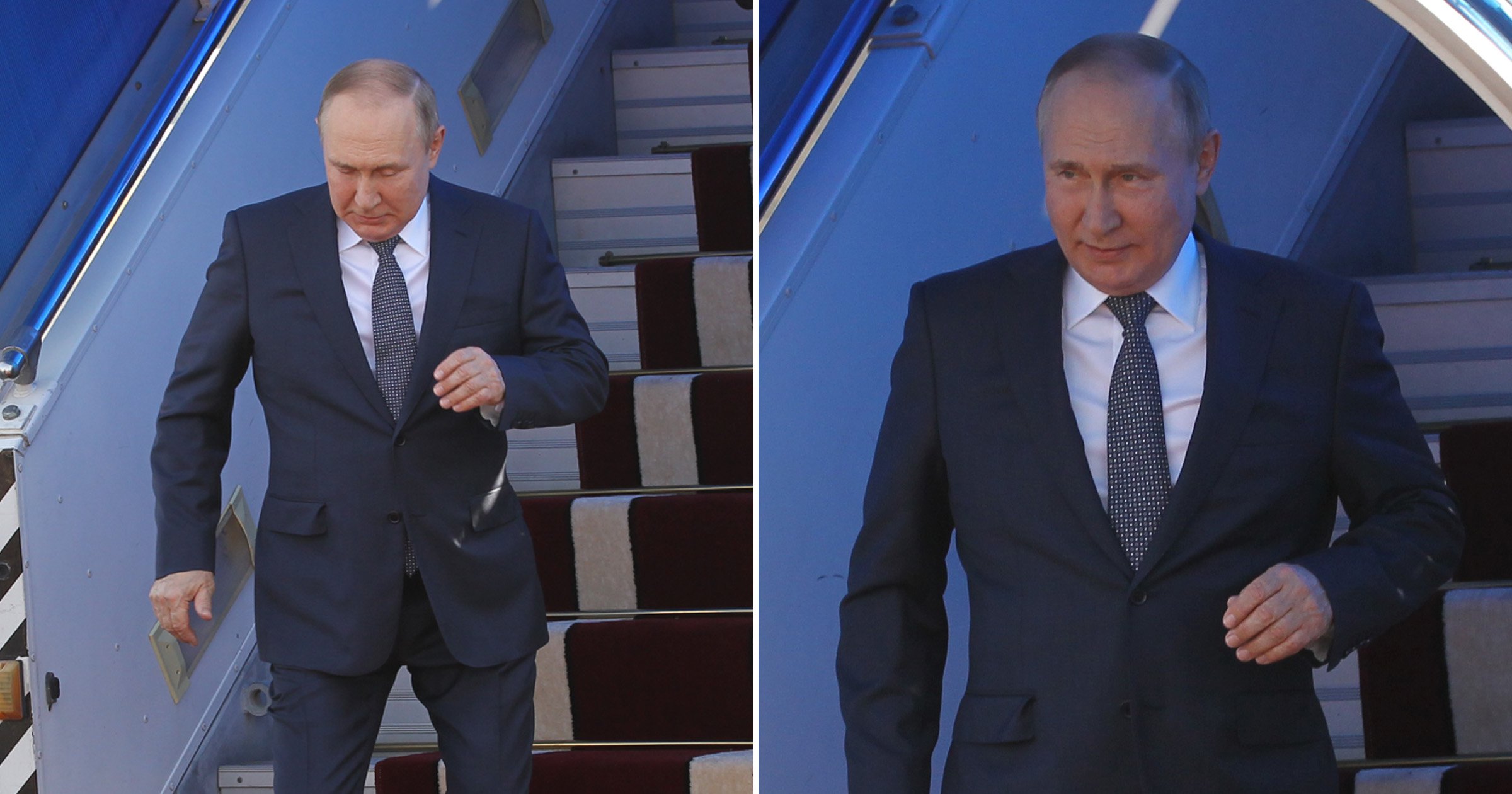 He added that the meetings will ‘develop economic cooperation, focus on security of the region… and ensure food security.’