Fasten your seatbelts: there’s travel turbulence ahead. What started as a summer of so-called “revenge travel,” after two years of the pandemic, has turned into travel hell.

“They got a few people on board, and then all of a sudden, canceled the flight,” said another.

Kyndal Young and her kids weren’t about to risk losing a minute at Disney World this weekend. “In case we did miss this [flight], I had an extra day to catch up … I built in an extra day,” she said.

Forty-eight million people are expected to be on the move this Independence Day weekend, the busiest of the pandemic, and the nation’s airlines are struggling to keep up. Since Memorial Day, in the U.S. alone more than 200,000 flights have been delayed, and 24,000 canceled, impacting nearly 2.4 million passengers, roughly the population of Houston. 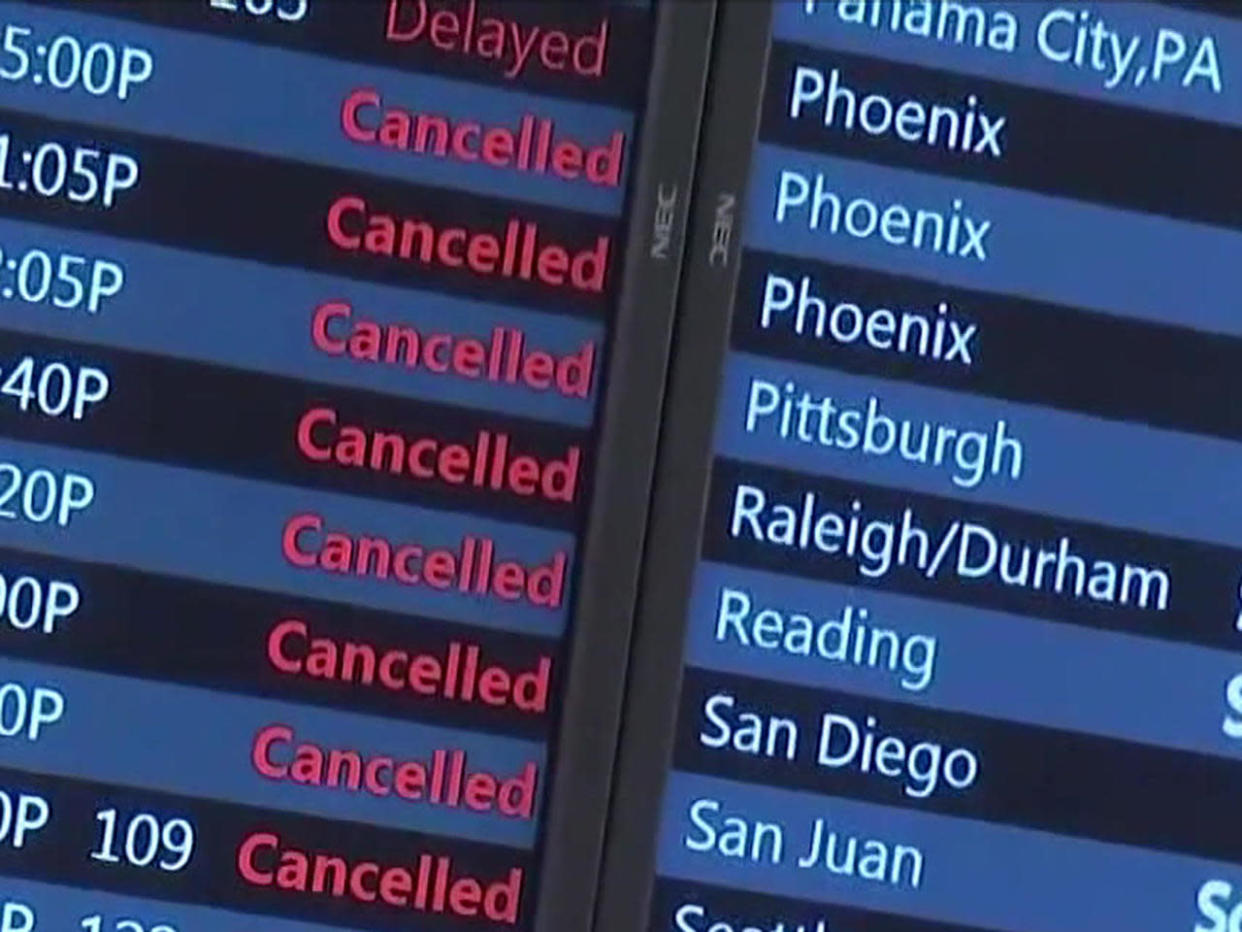 That’s up from pre-pandemic levels, while the airlines are flying up to 25% less than 2019 (according to Flight Aware), and charging 45% more for airfare (according to Hopper).

Correspondent Kris Van Cleave asked, “Is it fair to say this is the airlines’ fault?”

“You put that all together, and you have a fragile system that has no room left to flex. It just shatters.”

Van Cleave asked, “Congress, taxpayers bailed out the airlines so they wouldn’t lay anyone off. What do you mean there aren’t enough people?”

“The airlines got more than $50 billion in government subsidies to keep operating and to keep people working, but in the first few months, before any subsidies were guaranteed, and seeing their traffic fall by 96%, airlines panicked.”

That pandemic panic led to the airlines offering early retirement to tens of thousands of employees. By December 2020, more than 3,000 pilots took buyouts, worsening a growing pilot shortage.

Delta pilots marked the start of this holiday weekend picketing at airports coast-to-coast. Pilot Maggie Eickoff told Van Cleave, “What Delta has done is overscheduled us. We just don’t have the pilots right now to staff it.” 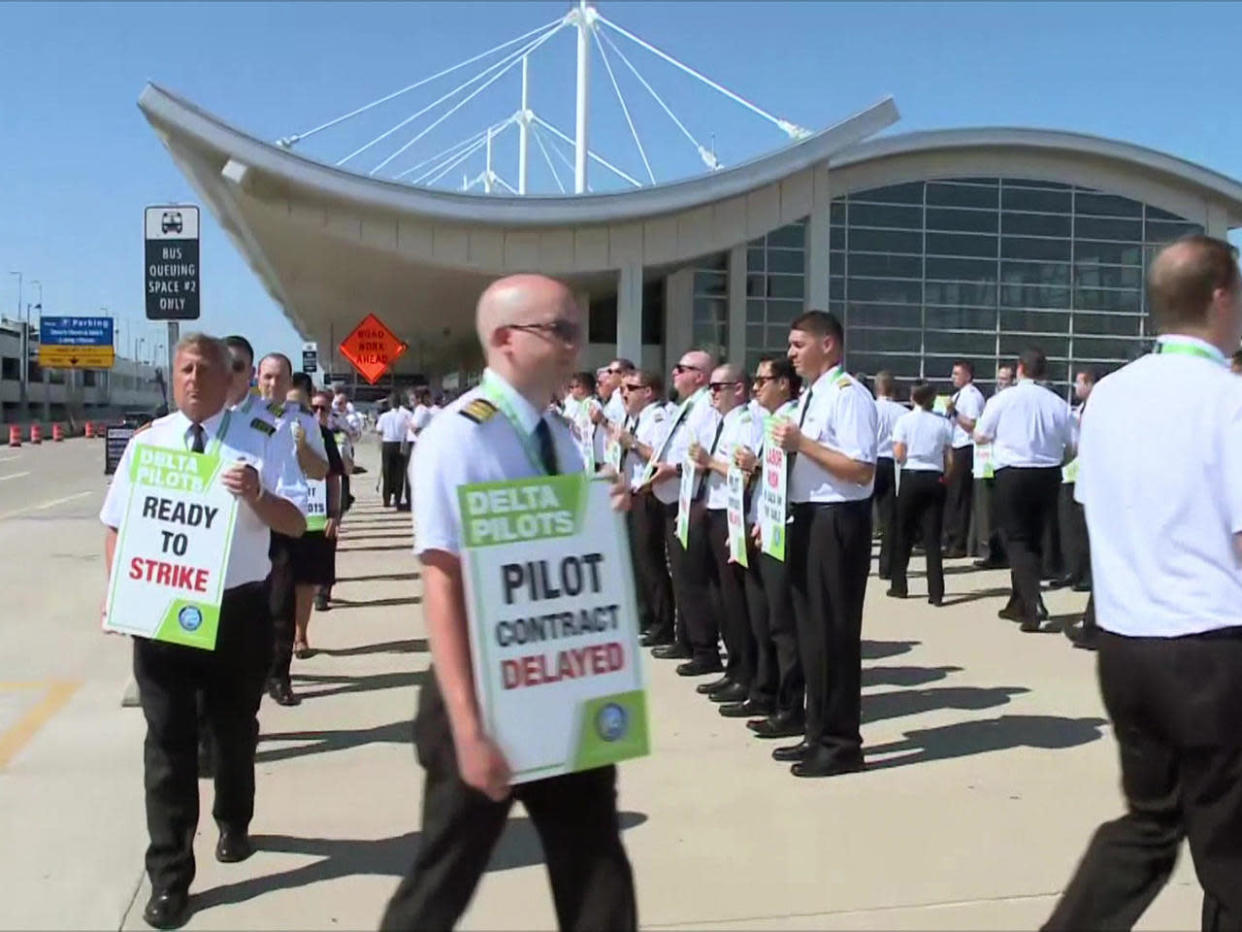 And COVID continues to be an unwanted passenger, resulting in higher-than-normal sick calls.

Captain Laura Einsetler, who has been an airline pilot for 27 years, predicted, “It’s going to be a rough summer, and so we’re just going to step through it as best as we can. It’s as frustrating for us as it is for the passengers.”

“We do not want our flights delayed, either,” Einsetler said. “We like to be in charge, in control, and fly the schedule as we have expected it to be. Right now, we’re doing things to sacrifice, things like flying on our days off and giving up our vacations for ourselves.”

“CBS Sunday Morning” tried to talk to the CEOs of the nation’s four biggest airlines, but none was available to discuss summer travel. The airlines said they have already cut 15% of their planned summer flights, and are ramping up hiring and training to try to meet growing demand.

On Thursday, Delta CEO Ed Bastian sent a letter to customers apologizing for the recent stretch of delays and cancellations.

Count Transportation Secretary Pete Buttigieg among the millions affected. “I had a meeting with all the airline leaders about what they’re doing to prevent cancellations,” he told Van Cleave. “The next day, I woke up in the morning, my flight was canceled.”

“Is this the new normal, or is this going to get better?” 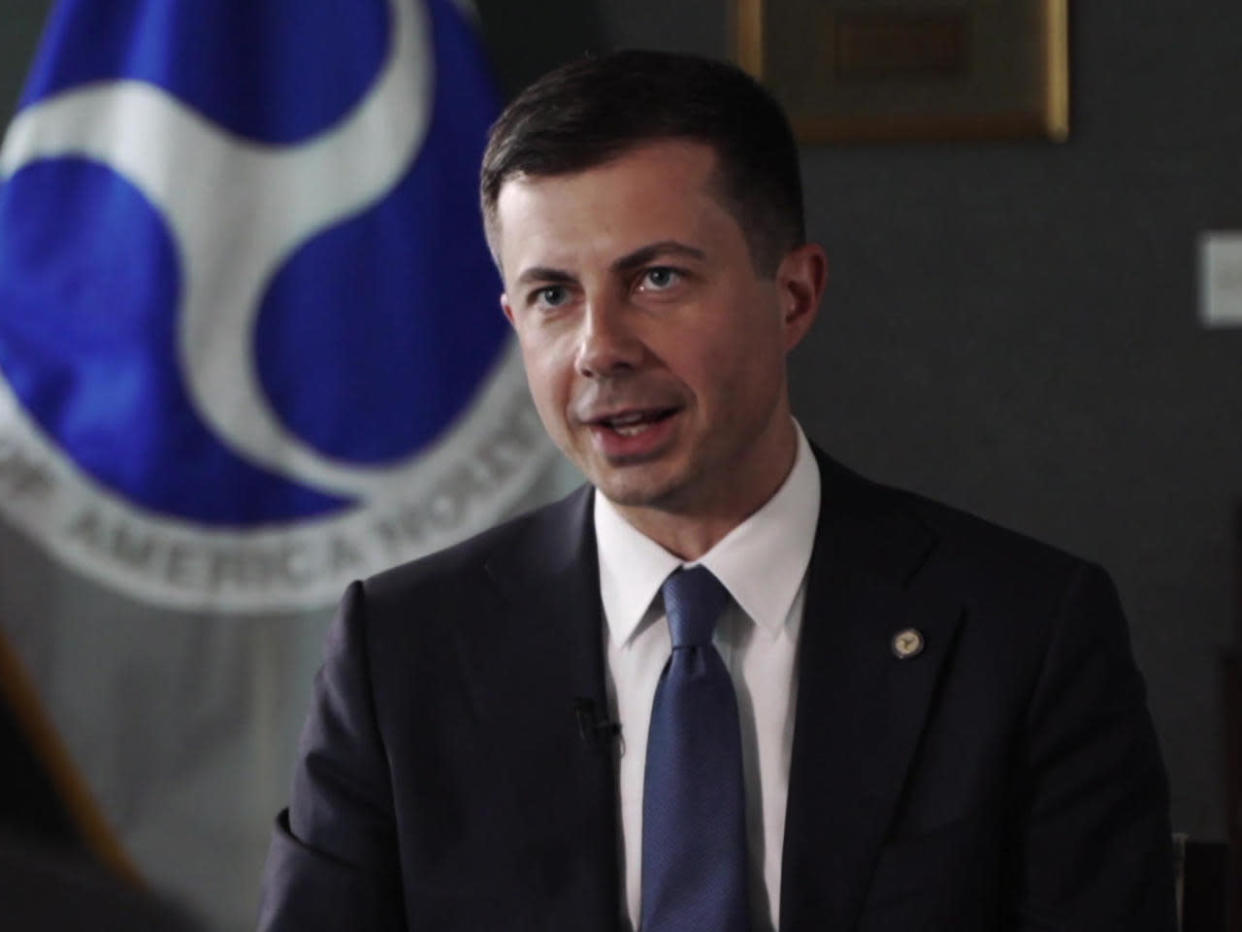 “This can’t be normal,” Buttigieg said. “We can’t have this number of cancellations and delays and accept it.”

“What’s your message to the airlines?”

“We’re counting on you; we’re looking for you to provide the service that matches the tickets that you’ve sold,” Buttigieg said. “The bottom line is they need to deliver.”

On Wednesday Sen. Bernie Sanders called for fines up to $55,000 per passenger if an airline cancels a flight due to staffing shortages.

Van Cleave asked, “Is the situation so bad that DOT should start fining airlines?”

“We have fined airlines where they’ve failed to provide refunds or treat customers well,” Buttigieg said.

“But not canceling a flight for staffing?”

“Right, so there are other authorities that we may have and we’re gonna look at it, but what I’d much rather do is just have a good outcome so that we don’t even have to go there. It’s clear that the airline sector is not ready to meet public expectations, and I’m concerned about that.”

Van Cleave asked, “Whose fault is that?”

Buttigieg replied, “I’m not interested in the blame game; I’m interested in making sure the passengers can get to where they need to be.”

A record 42 million people are opting to drive this weekend, but hitting the road comes with pain in the pocketbook. According to AAA, gas prices per gallon are $1.74 more on average than a year ago.

Van Cleave asked Monte Kenney, who was gassing up at a Buc-ee’s in northwest Georgia in the midst of a 3,000-mile family road trip, “Why not fly?”

“It’s too expensive,” Kenney said, “and I’ve got a wife and a kid with me, so to pay for all three, it would be even more than what we’re spending.”

And those spending to fly aren’t necessarily landing happy. Airline analyst Henry Harteveldt found 74% who flew or plan to fly said they regret their decision.

But he has some advice for finding friendlier skies: “Always take a non-stop where you can. Take the first flight in the morning that you’re able to take. Those are the least likely to be canceled or delayed.”

He also said to pack light; checked luggage can complicate things if you need to rebook.

But most importantly: keep it light. “If something goes wrong, stay calm. But unfortunately, what you need to presume with your summer trip is something will go wrong,” Harteveldt said. “And if it doesn’t, be grateful, and maybe buy a lottery ticket.”