Bonymaen RFC, the boyhood club of Wales international Alun Wyn Jones, has been following their country throughout the tournament in Japan.

But after Wales were knocked out in the semi-finals against eventual winners South Africa, fans decided to switch their allegiance. 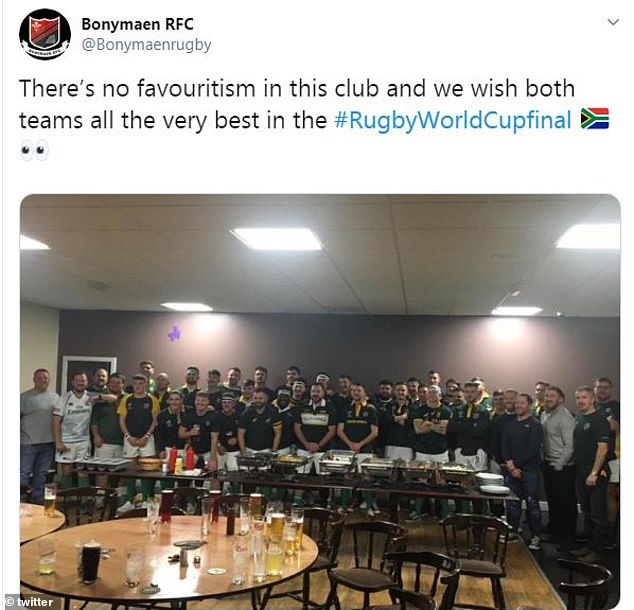 Club members decided to wear the green and gold of South Africa and watch today’s final at the clubhouse above the Ospreys’ Liberty Stadium home on the outskirts of Swansea, Wales Online reported.

And the fans were delighted as they cheered on the Springboks to a 32-12 win over Wales’s rivals.

Chris Stokes, a player and social media manager at the club, said: ‘Every week we have a “nutters’ club” where a player nominates an item we all have to bring.

‘If you don’t bring it you get a fine, which goes into improving the club.

‘As we don’t have a game this week, the social committee decided after the England win last week that we would have to dress up as whoever won out of Wales and South Africa.’

The players went on to spend more on buying the South Africa shirts than if they would have been fined for not wearing them. 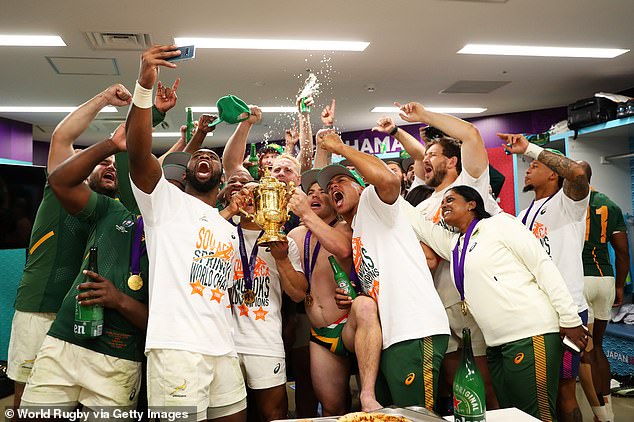 The Duke of Sussex congratulates RG Snyman of South Africa following his team’s victory against England in the Rugby World Cup. Prince Harry watched the game in Yokohama, Japan from the stands alongside Crown Prince Akishino, 53, and his wife Princess Kiko, 53

In a tense and scrappy contest, dominated by penalties, South Africa went up by nine points before England captain Owen Farrell cut the deficit to six.

England, who had been favourites going into the final after brilliantly beating New Zealand in the semis, had a shaky first half which saw them lose Kyle Sinckler to a head injury early in the game, the prop appearing to have been knocked out cold in a collision.

They never seemed to recover, spending all match chasing a South African team that outclassed them and opened up leads with multiple penalties before adding their two game-winning late tries. 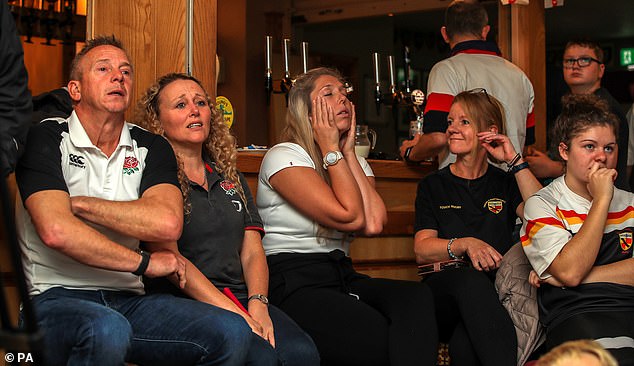 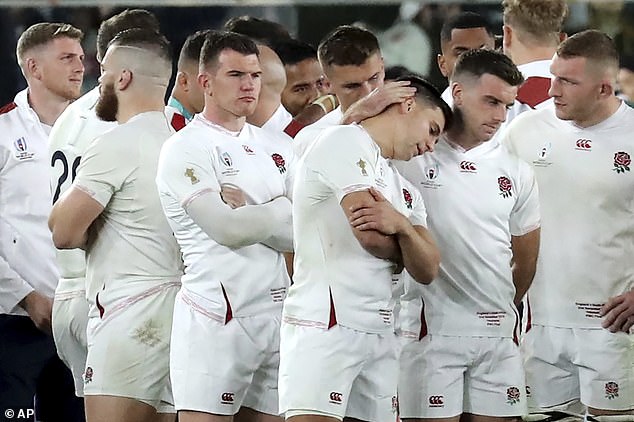