An international women’s rugby player left her lover with two black eyes and a bloody nose, after punching her in face during a bedroom bust-up.

Hannah Bluck, 24, carried out a ‘sustained and repeated’ attack on her former fiancée Toni Lloyd after a drunken bedroom brawl, a court heard.

The Welsh rugby star was drunk when she pushed her victim onto the bed and repeatedly punched her in the face, causing two black eyes and a bloody nose.

Ms Bluck, a powerful winger who has won five caps for her country, was given a 12-month restraining order and told to pay £400 in compensation to Ms Lloyd. 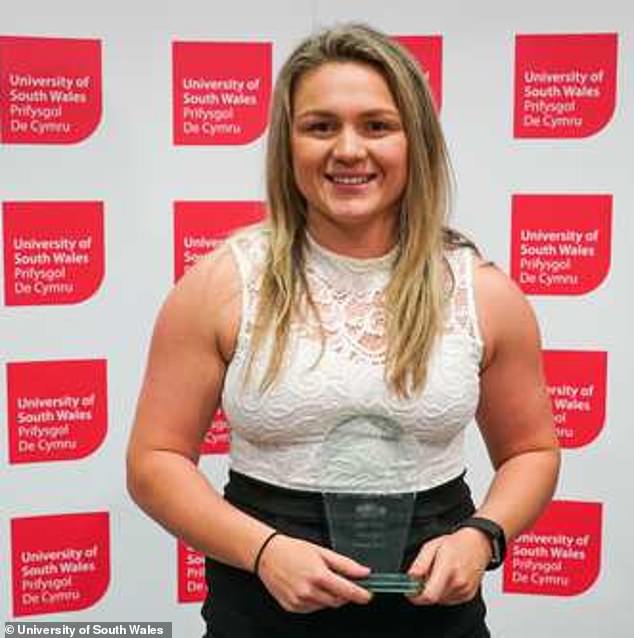 Hannah Bluck, 24, (pictured) carried out a ‘sustained and repeated’ attack on her former fiancée Toni Lloyd after a drunken bedroom brawl at the couple’s £240,00 Bridgend home

The couple had been in relationship for four years and shared a £240,000 house in Bridgend, South Wales, where the attack took place last summer.

Cardiff Magistrates’ Court heard how Wales and Worcester Warriors winger Bluck had carried out a ‘sustained and repeated assault’ in a drunken row on August 9, 2020.

In a victim impact statement, Ms Lloyd said Bluck ‘crossed a boundary’ and said: ‘A relationship should not be like that’.

She added it ‘should never get violent’, but she had ‘blamed herself’ for it, thinking she ‘deserved it’.

‘All I want is some responsibility to be taken and for Hannah to overcome her problems’, Ms Lloyd added. 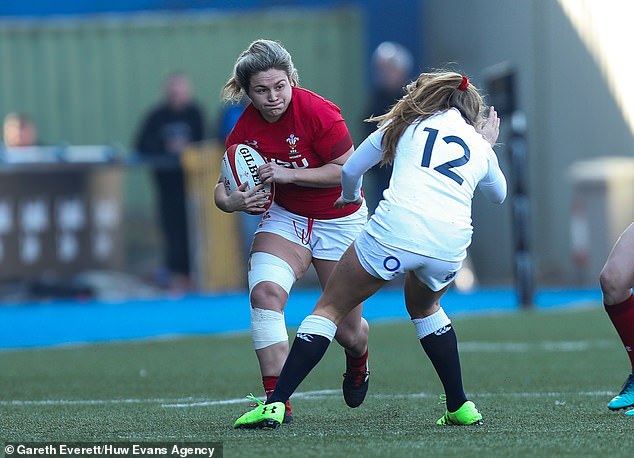 Capped five times by her country, Welsh winger Bluck (in action above) was described by former coaches as a ‘physically dominant’ player

Bluck, who only started playing rugby while a student at the University of South Wales, has stuggled to find work since resigning as a prisoner officer at HMP Parc, South Wales.

The winger was given an 18-month community order at Cardiff Magistrates’ Court, alongside community service.

Bluck, who has also represented her country playing football and basketball, was told not to contact Ms Lloyd, enter premises where she lives or works nor discuss her on social media as part of a 12-month restraining order.

She was ordered to pay £250 court costs and £400 compensation to Ms Lloyd, and pay an additional £95 victim surcharge.