Wendy Davis believes she was used for practice by the Claremont Killer when she was violently grabbed from behind and dragged towards the toilets at Hollywood Hospital in 1990.

Ms Davis has told how she thought she was going to die as Bradley Edwards sneaked up behind her, stuffed fabric in her mouth and dragged her out of her chair while she was working at the hospital. 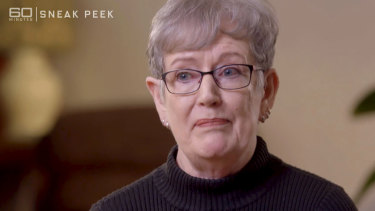 Wendy Davis was attacked by Bradley Edwards, who was convicted to two murders last week.Credit:60 Minutes

At first she feared there might be something on the fabric that would kill her if she breathed in. But when she was forced to take a breath she realised that was not the case and that she would fight for her life, kicking out at Edwards and managing to break free.

“I absolutely believe that he was practising,” she told 60 Minutes.

“It was so frightening. I thought I was going to die.”

Ms Davis said it was not an easy decision to speak out about the attack on her. Now living in Tasmania, she decided she wanted her story told in her own words.

She believes that if police had listened to her at the time, and not treated the crime as a common assault rather than something more serious, Edwards might not have gone on to commit the murders he was found guilty of last week.

Supreme Court Justice Stephen Hall on Thursday convicted 51-year-old Edwards of two counts of wilful murder. He killed Jane Rimmer and Ciara Glennon and will be sentenced just before Christmas. 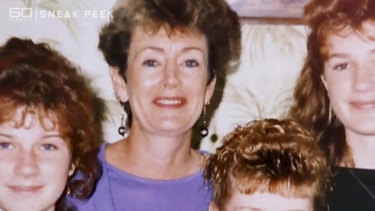 Wendy Davis around the time of the attack. Credit:60 Minutes

Edwards pleaded guilty to the assault charge, was given probation, and was ordered to complete a sexual offenders course. He did not lose his job.

Ms Davis said if Edwards had been treated differently by police and his employer after the incident, "it may have changed everything".

Five years later, as his marriage began to crumble, Edwards abducted and brutally raped a 17-year-old girl from Claremont as she walked home alone after a night out with friends at Club Bayview.

The teenager was walking along a darkened path in a park near the entertainment precinct as Edwards lay in wait.

He attacked the girl from behind, bound her hands and feet with cord and carried her in his arms to his van nearby, where he gagged and hooded her.

He went on to murder Ciara Glennon and Jane Rimmer.