TORNADOES are a powerful force of nature that can wreak havoc on communities in a matter of minutes.

This natural phenomenon has destroyed cities and town across the United States. 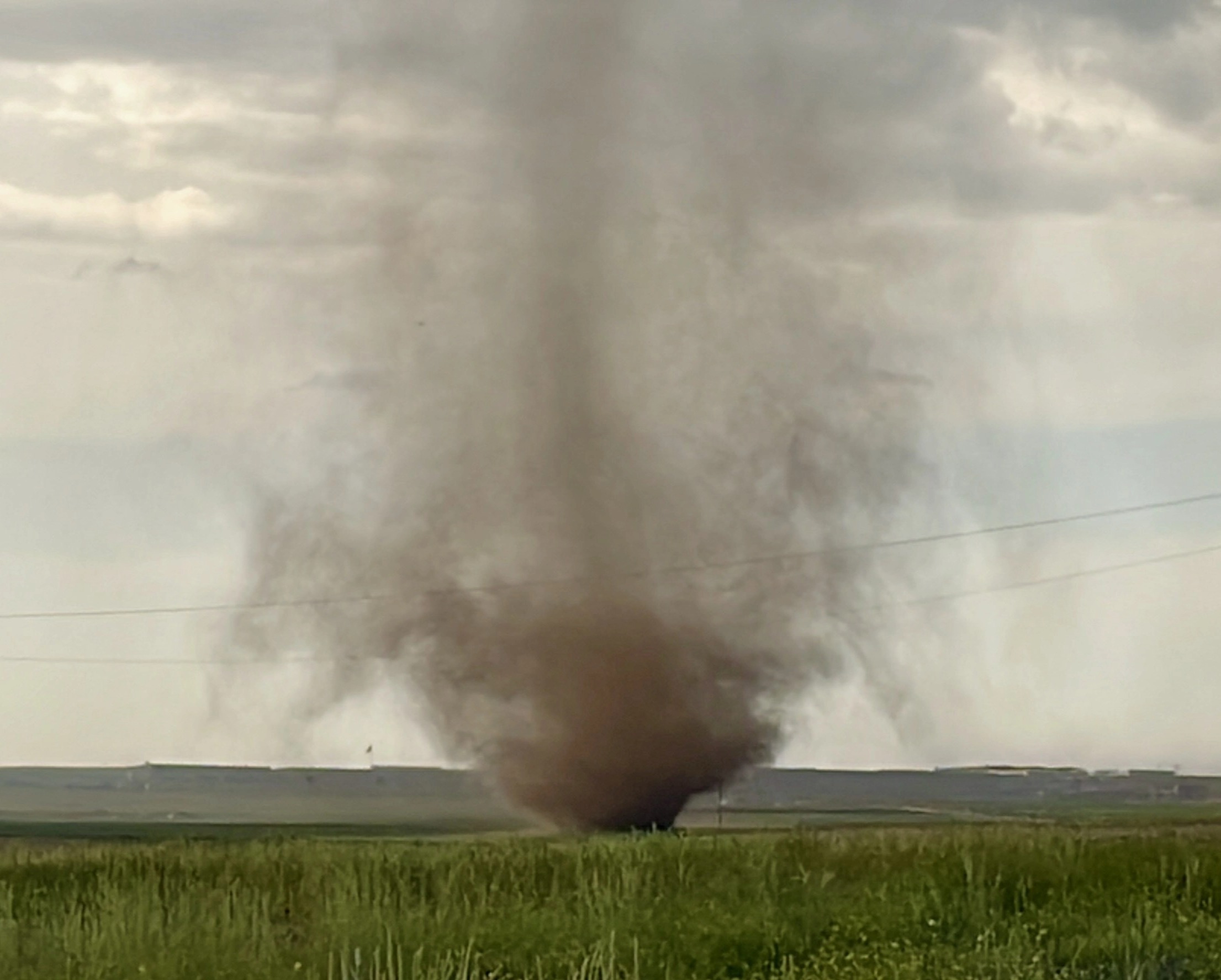 Not all tornadoes sound the same and many are silent.

People often compare the sound of a tornado to the sound of a train because the continual rough-and-tumble sounds of a locomotive on its tracks is similar to a storm smashing its way through the countryside.

According to Science Notes, a tornado can also sound like a roaring jet engine, a waterfall, the sound you hear if you stick your head out the window of a car on the highway, continuous rolling thunder and arumbling earthquake.

They also apparently sounds like an enormous buzzing swarm of bees, crackling and hissing power lines, a microburst from a thunderstorm or a hurricane.

A tornado's sound is in the infrasonic range, between 1 Hz and 10 Hz.

Infrasound is not audible to humans but some animals can perceive it.

How do you tell if a tornado is near?

According to Storm Track, the average distance at which a tornado becomes audible is 1.5 miles. The maximum distance is four miles.

But it all depends on the size of the tornado and the shape of the terrain.

For example, a tornado ripping up trees in a valley will make more noise than a tornado disturbing grass in an open field.

Places where tornadoes are common sometimes have sirens. They go off with aim of giving resident time to take cover.

They can, though, get lost in a strong thunderstorm.

Another good warning is a text alert from meteorologists with access to radar.

Other clues are if the sky turns green and it starts to hail. Hail typically accompanies many tornadoes, according to Science Notes.

When a region of a thunderstorm produces near-constant lightning. This can be a way of identifying a tornado in the dark.

Or when a windy thunderstorm suddenly turns calm and the temperature drops dramatically.

And, of course, if you see a funnel dip down from a cloud.