A WEATHER bomb can cause violent winds strong enough to uproot trees and cause major damage to buildings.

But what actually is the phenomenon and how is a weather bomb formed? 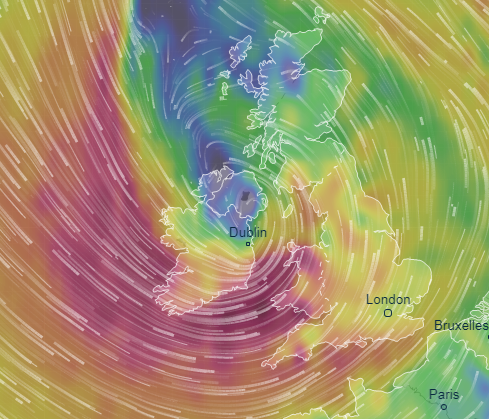 What is a weather bomb?

A weather bomb is a term used to describe a specific low-pressure system.

When storms quickly intensify and pressure rapidly drops in the centre – by 24millibars in a 24-hour period – this is known as a weather bomb.

The process is also known as explosive cyclogenesis.

How does a weather bomb develop?

A weather bomb sees dry air flow into an area of low pressure.

As a result, this causes the depression within the storm to rise rapidly and increase its rotation, deepening the pressure and making the storm even more powerful.

Weather bombs often peak over a period of a few hours and resulting winds can be strong enough to bring down trees and cause structural damage.

The Met Office describes the phenomenon as similar to "the way that ice skaters spin faster by drawing their arms in" as they rotate.

While weather bombs can strike around the world the four most active regions are the North Atlantic, the South Atlantic, the Pacific Northwest and the southwest Pacific.

The Met Office describes a weather bomb as: "Rapid acceleration of air caused by the jet stream high up in the atmosphere can remove air from the column, reducing its weight so causing pressure to fall at sea level.

"This in turn sucks in air which converges from surrounding regions resulting in faster and faster rotation of the circulation,  in the same way that ice skaters spin faster by drawing their arms in. "The resulting winds peak over a period of a few hours and can be strong enough to bring down trees and cause structural damage."