Home » World News » White Christmas in the forecast? Here's what history and forecasters say are the chances 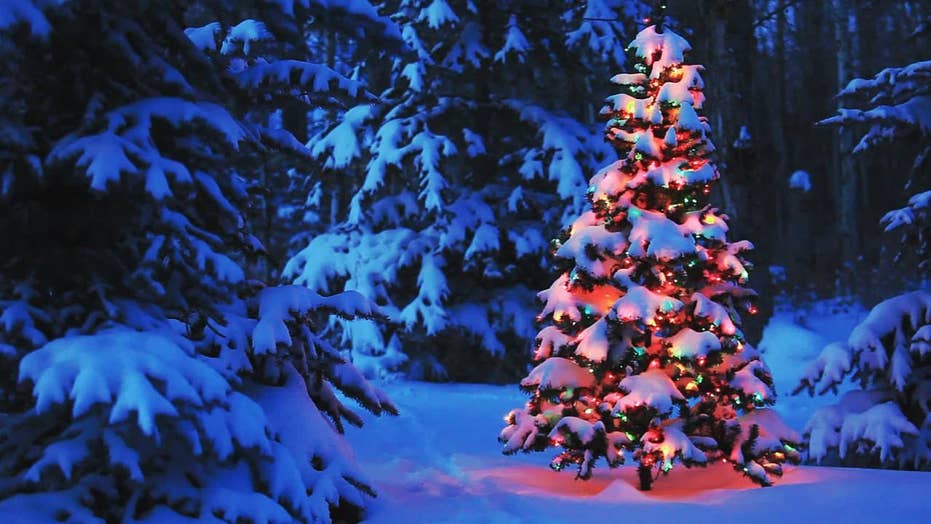 White Christmas in the forecast? Here’s what history and forecasters say are the chances

Is a white Christmas in the forecast? Here are the chances of it happening in your area.

If you're dreaming of waking up on Christmas morning to a snow-covered scene out of a holiday movie, better head north, out west, or to some high elevation this year.

As the big day creeps closer, meteorologists are eyeing historical trends and forecast models to answer what's usually the big question during the holiday season: "Will we have a white Christmas?"

So, what is actually a "white Christmas?"

"A white Christmas is defined as having 1 inch or more of snow on the ground Christmas morning," according to the National Weather Service's Des Moines, Iowa office.

Researchers at the National Oceanic and Atmospheric Administration's National Climatic Data Center have compiled data from three decades to create an estimate of what parts of the country stand the best chances of having just that.

What are historical chances for a White Christmas?

In reviewing data from 1981 to 2010, researchers from NOAA have compiled a “Historical Probability of a White Christmas” map, with dark gray showing places where the probability is less than 10 percent, while white shows probabilities are greater than 90 percent. 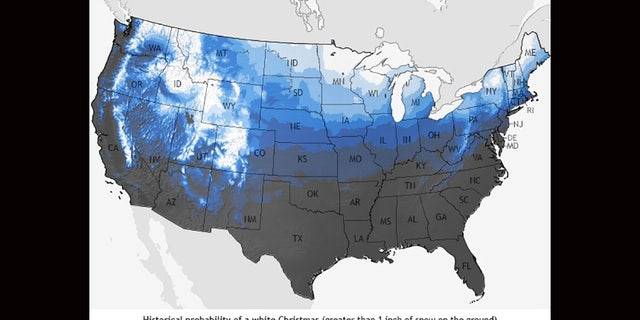 A historical probability map of seeing a white Christmas in the contiguous United States, using data from 1981-2010.
(NOAA Climate.gov)

The best locations in the contiguous United States to see a white Christmas include most of Idaho, Minnesota, Maine, Upstate New York, where chances increase to over 80 percent. In the Allegheny Mountains of Pennsylvania and West Virginia, a roughly 50 percent chance exists.

Other places that have a high probability of seeing a white Christmas in the Lower 48 on the map include the Rockies and the Sierra Nevada Mountains out west. 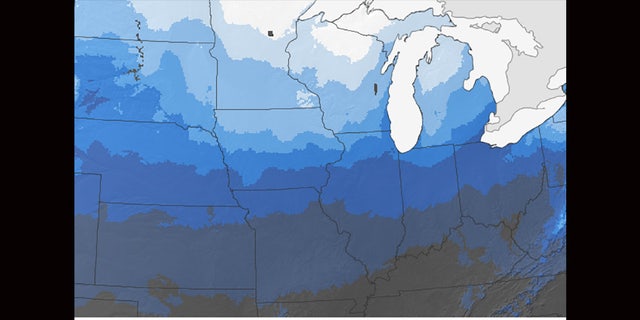 The probability of seeing a white Christmas in the Midwest, as seen in this map from NOAA.
(NWS Des Moines)

If one is looking for the best town to spend Christmas in, NOAA researches say that Aspen, Colo. is just about one of a dozen locations that boast a 100 percent historical probability of seeing a white Christmas.

WINTER LIKELY TO BE WARMER BUT HAVE 'LARGE SWINGS' IN TEMPERATURES AND PRECIPITATION, NOAA SAYS

"While the map shows the climatological probability of snow-covered ground on December 25, the actual conditions this year may vary widely from these probabilities because the weather patterns present will determine if there is snow on the ground or if snow will fall on Christmas Day," according to the agency. "These probabilities are useful as a guide only to show where snow on the ground is more likely."

What does the forecast say about chances this year?

While a slew of storms in November has led to a fair amount of snow in mountainous areas and a swath from the Midwest to the Northeast, forecasters say a warmup is melting away chances of a white Christmas this year. 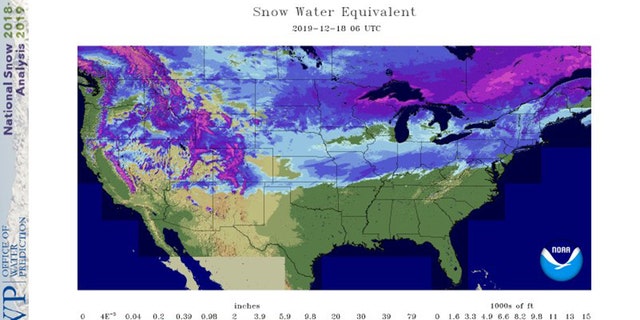 Dr. Joel N. Myers, CEO of AccuWeather, recently told Fox News, that while snow coverage is "pretty extensive" a week before Christmas, the frozen precipitation will likely "disappear" in places such as Missouri and the Ohio Valley by Christmas.

"The white Christmas coverage this year will be slightly below normal," he told Fox News.

According to AccuWeather, a historical atmospheric setup had storm systems coming through around Christmas along the I-95 corridor, but warmer temperatures prevented any accumulating snowfall. A similar set of conditions exist this year, which kept recent storms mostly rain or a wintry mix of sleet and freezing rain instead of snow. 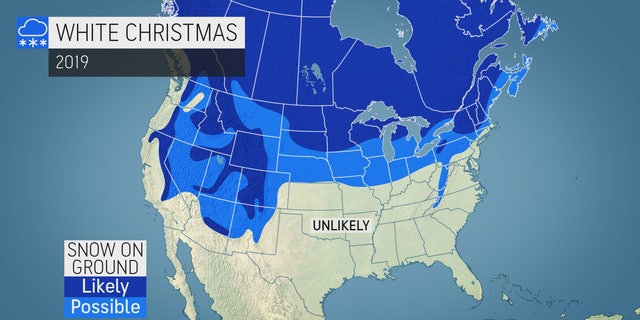 The locations where a "white Christmas" is likely this year as of Dec. 18, according to AccuWeather.
(AccuWeather)

In the Northeast, Myers told Fox News that the big cities will not have a white Christmas, along with southern Connecticut, while Boston is "on the fence."

An Arctic blast of air may bring some lake-effect snow in the Great Lakes and snow flurries to places like New York a week ahead of Christmas, but any coating "won't last" as temperatures will rise to the mid-40's by the weekend.

Janice Dean has your FoxCast.

Further west, the Chicago area has a "borderline" chance of seeing snow on the ground Christmas morning, while the Upper Midwest including the Dakotas, Minnesota, Wisconsin, and northern Michigan will. Myers explained those locations have "a lot more snow" this year. Other locations in the plains have less than 50 percent chance, particularly in central and southern areas, according to AccuWeather.

Locations such as the Rockies and Cascades will also have "a lot" of snow coverage, but Myers said a location out of the mountains such as Denver will probably not end up with a white Christmas.

Travelers over the Christmas holiday will see much better conditions than during Thanksgiving, when a powerful storm caused all types of travel chaos. 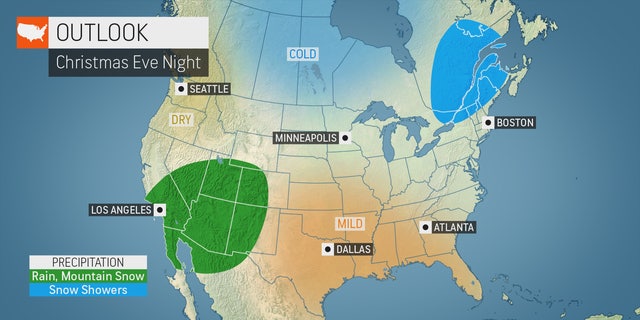 The outlook for Christmas Eve night as of Dec. 18 shows very little precipitation out there across the country.
(AccuWeather)

On Christmas Eve, some rain and mountain snow is in the forecast for the southwest. Other than that, dry conditions will exist in the Pacific Northwest while mild weather will stretch across the rest of the country. Some snow showers are possible in far-northern New England, but overall there will be very little precipitation out there to bring any new snow.