Home » World News » Who is Malik Halfacre and what happened in Indianapolis?

A SWAT team has arrested a man wanted in connection to a mass shooting that left four people dead, including a young child in Indianapolis.

On Sunday, March 14, 2021, police issued a photo of him saying he is believed to be "armed and dangerous," after finding that he had allegedly taken off with a six-month-old baby. 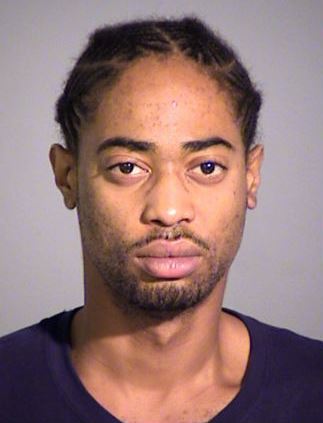 Who is Malik Halfacre?

The suspect, Malik Halfacre, 25, has been accused of taking off with a six-month-old baby, after a quadruple murder in Indianapolis.

The baby was later identified as Malia Halfacre, the IndyStar reports.

On Sunday, March 14, 2021 police issued his photo in a bid to locate him saying he is believed to be "armed and dangerous."

He is described as black, 5ft 8in, 160 pounds, with brown hair and brown eyes.

What has Malik Halfacre been accused of?

On Saturday, March 13, 2021, officers were called at 8.15 pm after shots were heard in the city's east side on Randolph Street.

Police went to a home where they found the bodies of four victims, including a young child.

They also learned that six-month-old Malia was missing and warned she was in "extreme danger."

According to WNDU a statewide AMBER Alert was issued for the baby but she was later found unharmed.

It is believed she was taken in a black 2012 Chevy Impala with Indiana plates.

IMPD confirmed that officers were conducting an investigation at the location in connection with the quadruple homicide case.

The following day officers were able to track him down in a home in the 6200 block of Eastridge Drive.

After spending hours trying to make him give himself up, at some point one of the officers said: “We know you’re in there. Come out.”

He gave himself up and is being questioned.

The quadruple murder is beeing treated as a "domestic homicide" the IndyStar reports.