A TIKTOKER posted a video of himself taunting an alligator with a stick – all before jumping into the water with plenty of alligators because he and a friend "wanted to go swimming."

"These waters are clearly gator infested," said the person filming a small lake with at least two visible alligators. 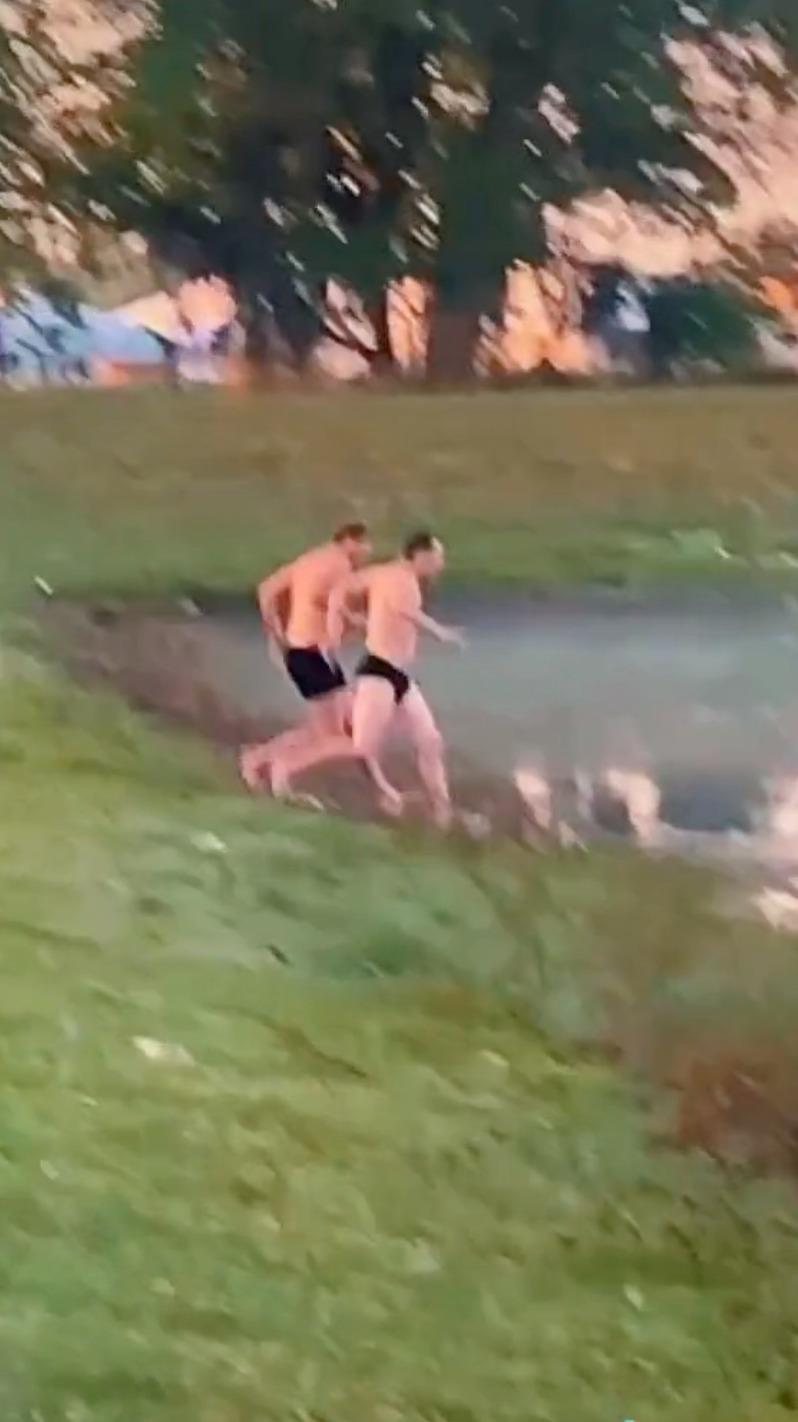 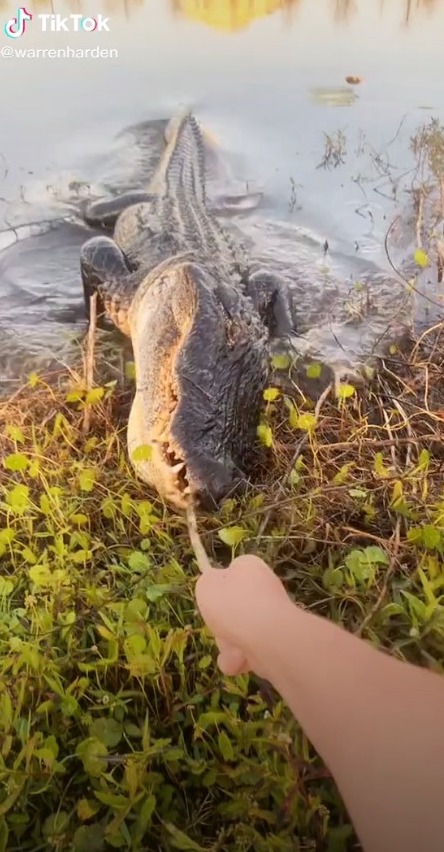 "But the boys want to go swimming," said the filmmaker, who posted on TikTok under the name Warren Harden.

The video cuts from the alligators in the body of water to two boys in their swimming trunks making noise while diving head-first into the water.

The phone then pans back to the alligators, who have turned from the camera to the boys and are heading in their direction.

"Woah, haha" says the person filming as he turns the camera back to the boys, showing the alligator swimming towards them before the video stops. 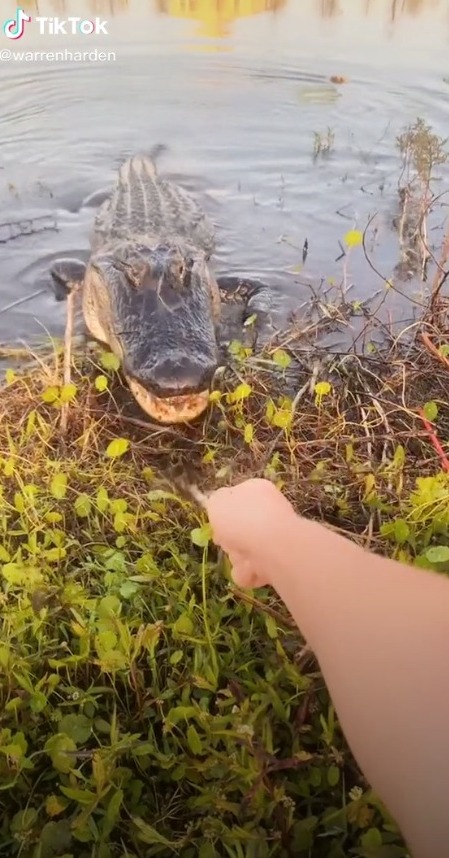 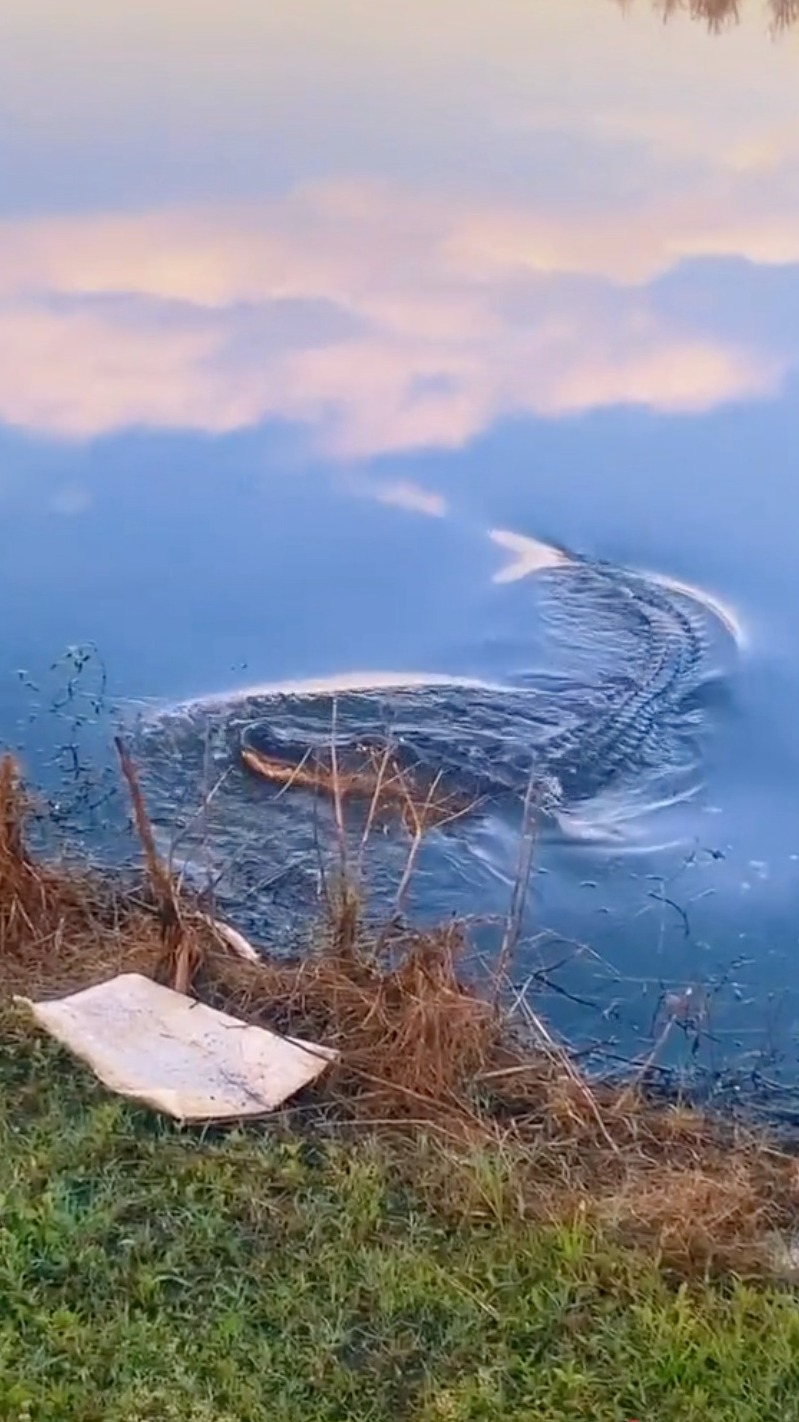 The video, which has been viewed eight million times and has over 15,000 comments, came with a warning from TikTok.

"The action in this video could result in serious injury," read the alert created by TikTok.

In another video posted after the one of the boys diving into gator-infested waters, the TikToker is seen taunting an alligator with a stick.

The alligator is seen first nibbling on the stick before closing its mouth, prompting the TikToker to tap the stick against the gator's snout.

The alligator then opens its mouth and moves back into the water, all set to Post Malone's Go Flex song.

On his page, Harden says he was "Temporarily blocked from posting but stay tuned," followed by alligator, turtle, dolphin and head explosion emojis.

It was unclear why he was blocked from posting. TikTok has not yet responded to The Sun for comment.