Charges have been filed against two Colorado residents who were caught feeding big-game wildlife near their homes.

Police in Wisconsin have spoken out to stop the criminal harassment of a priest who has been heckled and vandalized for hunting deer, to help feed the hungry, on the private grounds of the 160-acre abbey where he resides. 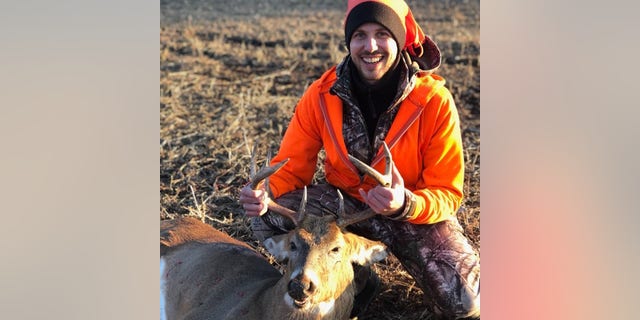 Father Jordan Neeck has been heckled and vandalized for hunting deer, to help feed the hungry, in recent weeks.
(St. Norbert Abbey)

The De Pere Police Department says that the harassment toward Father Jordan Neeck has stopped since the Norbertine priest filed a police report and authorities shared the story with local media last week, WBAY reports. However, the threat is still concerning.

HUNTING, FISHING LICENSE SALES SURGE IN US AMID CORONAVIRUS PANDEMIC 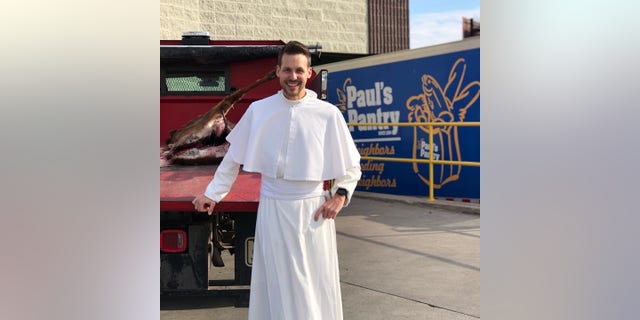 The De Pere Police Department says that the harassment toward Neeck has stopped, but the threat is still a concern.
(St. Norbert Abbey)

Neeck enjoys bow hunting, and has harvested four deer on the sprawling property of St. Norbert Abbey so far this fall, donating the deer to a local food bank to help feed families in need. The priest is a licensed hunter with the Wisconsin Department of Natural Resources (DNR,) and has had the abbey’s permission to hunt on its grounds since 2016, as the Green Bay area has an overpopulation of deer.

Though the clergyman has never been criticized for his passion for the outdoor sport in years past, he summed up the 2020 season as “a year of many problems.” The trouble reportedly began as soon as he started hunting this fall.

“First hint was probably opening weekend of bow hunting in which people have approached me and said, ‘Shame on you’ and I’m thinking I’m on my own private property, given permission to do this and following all the regulations provided by the Wisconsin DNR,” Neeck told WBAY last week. “I’ve checked the City of De Pere regulations and ordinances, and Village of Allouez ordinances, everything I’m doing is legal.” 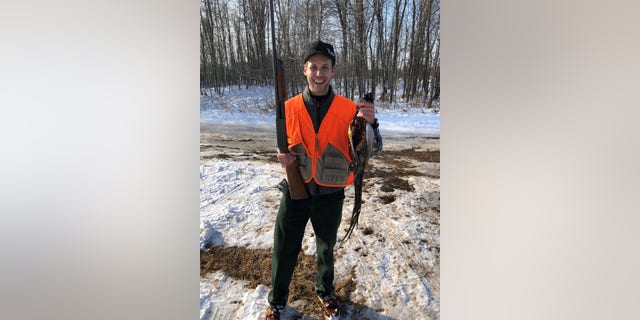 The priest is a licensed hunter with the state DNR, and has had the abbey’s permission to hunt on its grounds since 2016.
(St. Norbert Abbey)

Despite the backlash, the priest is proud to have contributed to a good cause.

“I’m very thankful for the life of the deer and have been able to provide the venison for the hungry, been donating to Paul’s Pantry of families I know are hard up in this moment of time because of COVID, have job loss and everything like that,” he explained.

However, the outrage has escalated as he’s continued to hunt, as there is public access to the Abbey property trails. 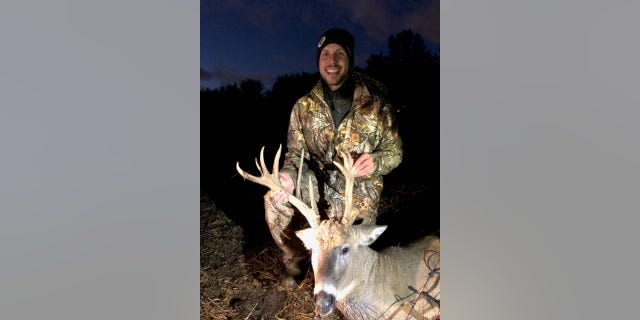 Neeck enjoys bow hunting, and has harvested four deer on the sprawling property of St. Norbert Abbey so far this fall, donating the deer to a local food bank to help feed families in need.
(St. Norbert Abbey)

“If I’ve been coming in or out of the woods, harassed, or even in my stand, people have walked out into the woods and into the fields and have harassed me,” Neeck claimed.

In recent weeks, trees on the Abbey grounds have been spray painted, security cameras on the trail have been stolen, and, most alarmingly, the hunter’s tree stand was vandalized in a way “that could’ve proved deadly,” the outlet reports.

“There was some damage that could’ve rendered Father Jordan’s tree stand unsafe and there was also so damage to some trees. To us, that indicated that whoever was doing this kind of knew what they were doing,” said De Pere Police Officer Tony Phelps.

No arrests have been made, and authorities say that the harassment and vandalism have stopped since police went public with the story.

According to Phelps, law enforcement is now keeping a close eye out to protect the priest in the great outdoors.

“I actually followed up with the DNR and Father Jordan has the proper license and the proper tags to do what he’s doing, he has permission from the Abbey to be hunting on private property there, and as far as the city and police department is concerned, he’s doing everything that he’s supposed to be doing, he’s legal and doing what he’s doing,” the police officer said. “No one should be committing any crimes in regards to their opinion, especially something like hunting.”

In a statement, St. Norbert Abbey stressed that hunting is allowed on its grounds for herd population management and to prevent chronic wasting disease among the deer.

Though Neeck’s got the big guy on his side, he admits that the harassment has been difficult.

“It does hurt, I’m not gonna lie. Every morning, I wake up sick to my stomach thinking about the hatred towards me,” he said.