Woman, 26, arrested after Facebook threat to ‘shoot everyone at nearest school I can find’ – The Sun

A FLORIDA woman was arrested after threatening to open fire at the nearest school on Facebook.

Juliana Cote 26, posted her troubling message on Thursday alongside a photo of a small, fake gun in Tampa. 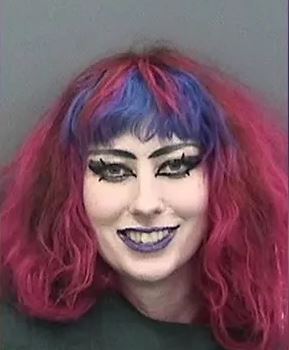 She wrote: “I got this lil sucker here. For FREE! and did nothing to get it.

"I call it: The Lil Tiny Gun of Evil Evilness.

“It came to me. So call 911 cause I’m heading to the nearest elementary school now, to shoot everyone.

Cote has been charged with making a “written threat to conduct a mass shooting or act of terrorism”, according to the Hillsborough County Sheriff’s Office.

Police showed up to her home in Tampa after becoming aware of the post.

They said the closest school to Cote is Egypt Lake Elementary School.

Cote was booked into the Falkenburg Road Jail.