A WOMAN has been jailed breaking coronavirus laws after stopping to buy petrol on the Isle of Man.

Amie Murphy, 36, did not go straight home to self-isolate when she arrived back on the island by ferry. 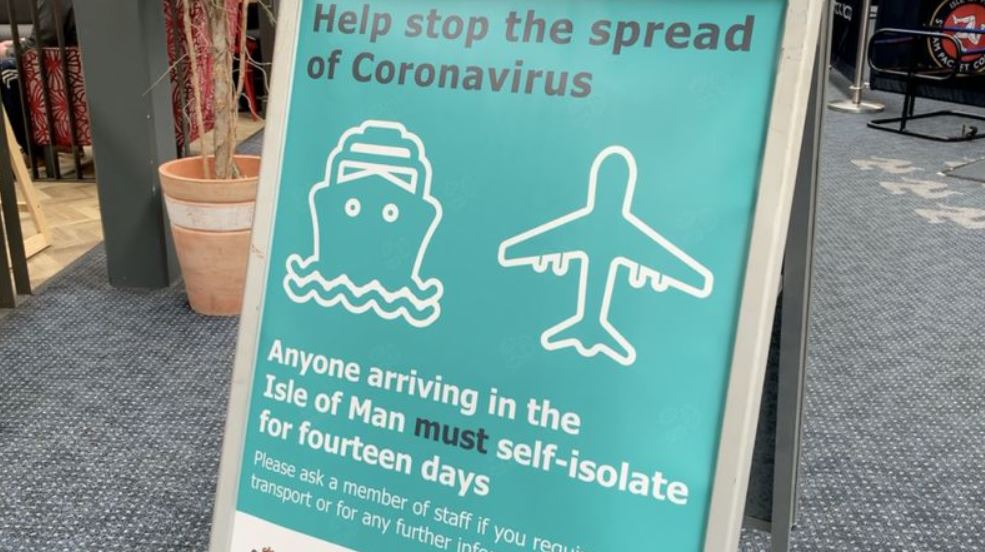 A staff member helped her fill out a landing card and explained what the rules were on self-isolation – which she agreed to.

Lockdown on the Isle of Man ended on June 15 after community infection ended, but there are three people with the virus who developed symptoms while isolating at home.

The fuel warning light came on Murphy's car as she left the ferry port shortly after 5am on September 18.

She then stopped at a patrol station, a court heard.

Murphy told the assistant she had "just got off the boat" and he opened station early for her.

She was later reported to police after the assistant tole his manager about what happened.

When police called at her home, she became aggressive and swore at officers, the magistrates' court heard.

Murphy is a live-in carer for an elderly man in his 80s who was travelling with her.

She said that she had been running out of petrol and told police: "What else was I supposed to do?"

Her defence said Murphy had been in a "tired state" and had shown a "serious lapse of judgement".

Peter Taylor, defending, said she had not realised her car was low on fuel and did not believe that stopping to fill up was "an unreasonable thing to do".

Murphy previously admitted offences of failing to comply with a direction under emergency powers regulations.

Magistrates jailed her for four weeks.

She was also sentenced to one week, to run concurrently, after admitting resisting arrest.

Sentencing Murphy, magistrates said the island was doing its "very best to keep Covid-19 out" and the rules had been explained to her.

She is the fifth person to be jailed for breaching the island's strict isolation policy.

No pleas were entered on the two charges of driving offences, and her next appearance on October 15.

A total of 24 people died after catching the virus on the island and 20 of those death residents of one care home.

The government has warned people this week to spend as little time as possible at patrol station.

This week, the advice was updated for those using the roads, after Boris Johnson last night told the nation to "pull together" as cases rise.

The revised guidance – set out in a 34-page document – says: "Limit the time you spend at garages, petrol stations and motorway services.

"Try to keep your distance from other people and if possible pay by contactless."

Earlier this year, a man pleaded guilty to failing to self-isolate and was sentenced to four weeks in prison on the Isle of Man.

Earlier this week, a woman was slapped with a £1,000 fine for going to work at a school without quarantining after she returned from Amsterdam.

The woman in her 20s, from the Darwen area of Greater Manchester, was given the fine after flying back from the Netherlands before returning to her job at a Bolton school two days later.

Lockdown rules on the Isle of Man are set independently, and are more strict than the rest of the UK.

Anyone travelling to the Isle of Man must self-isolate for two weeks.

Before arrival they must complete a Landing Form with details of where they will be staying for the self-isolation period.

They must go straight to where they are staying and are not allowed to use public transport.

Failure to self-isolate can include up to 3 months imprisonment and or a fine up to £10,000.