THIS is the shocking moment a woman rips a necklace off a “pregnant” train passenger’s neck – after the victim allegedly told the assailant “to lose weight”. 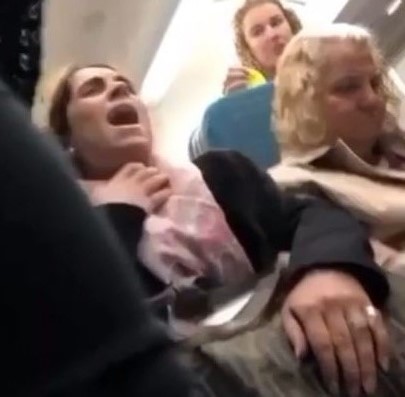 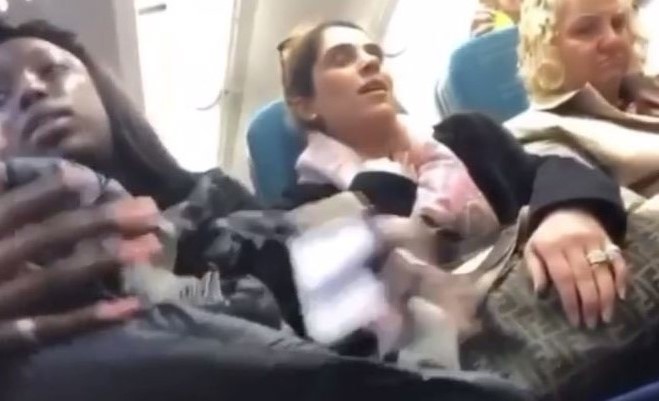 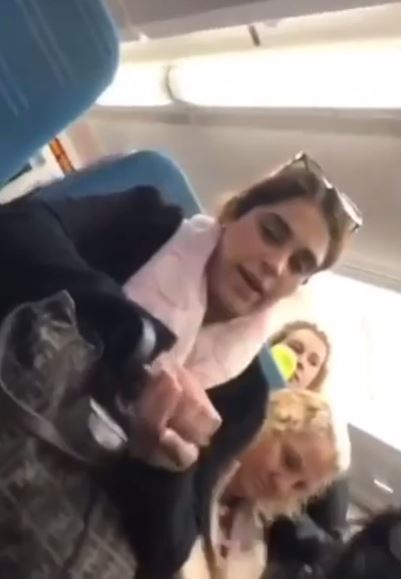 The clash supposedly began after the attacker asked the “pregnant” passenger seated next to her to move over.

But according to the assailant, something that was not recorded in the footage, the passenger instead told her “to lose weight” and this escalated into a vicious clash between pair.

The pair have a brief argument about who is “bigger” before one tears the pearl necklace off the other’s neck in front of stunned passengers.

The video – which was filmed by @alexgalvin7 – begins with one woman screaming at the other and having an argument about who is fatter.

She stands over her as she yells: “Between me and you who’s bigger?”

The “pregnant” passenger next to her retorts: “I think you.”

Between me and you who’s bigger

This infuriates the woman who stammers: “You’re telling me to lose some weight because if.”

Then before she finishes her sentence, she rips the pearl necklace off the other woman’s neck.

The first woman screams in horror and there are gasps from the passengers on the packed train as the pearls smash and fall across the floor.

The aggressor screams at the woman: “Stupid girl, stupid. Don’t ever in your life talk to me like… I asked you politely it’s too early in the morning for you.

“You’re lucky I don’t smack you in your face.”

The victim asks the commuters to record the woman before getting her own phone out and threatening to call the police.

But as she does so her opponent appears to try and wrestle the phone from her hands.

When she threatens to call the police, the other passenger appears to try to wrestle the mobile phone from her hands as she screams: “Don’t f***ing touch me I’m pregnant.”

The clip then cuts to an end. 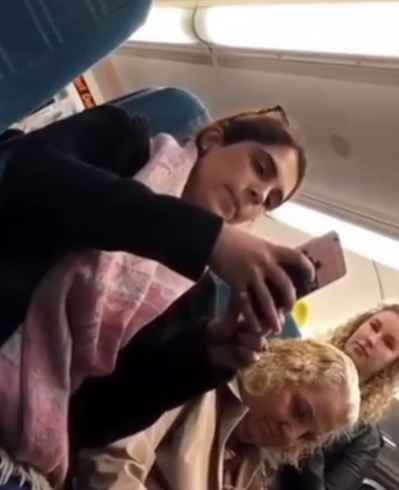 A spokesman for Southern Railway said: "There is no place for abusive or threatening behaviour on our services.

"We urge anyone who witnesses something like this to text the British Transport Police on 61016." 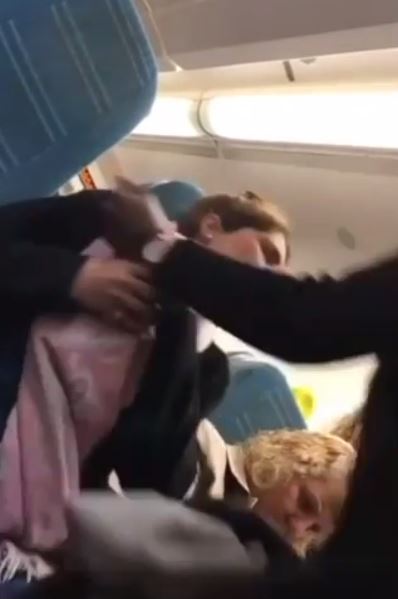