It could be the perfect pandemic bolthole – a cute historic cottage in a picturesque French village, with stunning views of snow-capped mountains – and it is being offered rent-free to Australians stranded by the coronavirus pandemic.

John and Jayne Stewart, a Victorian couple who own the 120-year-old maison in Montreal, in south-west France, are offering their house to an Australian family stuck overseas. 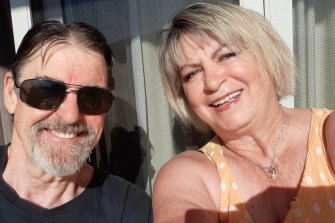 John and Jayne Stewart, who are offering their French house rent-free.

There are views of the Pyrenees mountains from two of the house's three bedrooms and wineries within walking distance.

Before the pandemic, Mr and Mrs Stewart, who live north-west of Melbourne, charged tourists $700 a week to rent the fully furnished house they call Chez Stewart.

But under this offer, occupants will pay $50 a week, to cover landline rental, cleaning and local taxes.

The village, population 2000, has bars, restaurants, a mini-mart, a weekly market and a 14th century church. 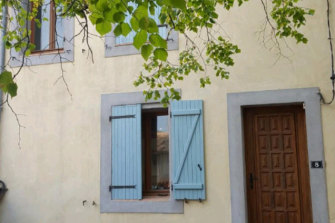 The house in Montreal, south-west France, that owners John and Jayne Stewart are offering rent-free to Australians stranded in Europe.

It's a 20-minute drive to the fortified medieval city of Carcassonne, a UNESCO World Heritage site, and an hour or two to the Pyrenees ski-fields and hot springs.

The Stewarts, now home in Clarkefield, 46 kilometres north-west of Melbourne, spent most of last year in their French abode, returning to Australia in November after spending much of 2020 trying to get home.

They will select applicants in financial difficulty, who are currently in southern France. The visitors would stay for a negotiated period, such as until vaccines and flights are available.

Their gesture has won praise. Comments under their post on the Facebook page Aussie’s Abandoned Abroad (sic), include: "Wonderful people" and "What an amazing couple you truly are." 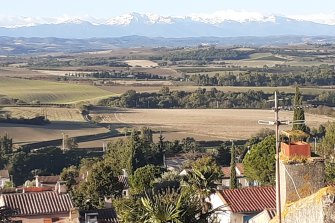 The view of the Pyrenees mountain range from the Stewarts’ house.

Mr Stewart said up to eight people can stay at a time. "I think one family would be the ideal," he said.

As COVID-19 case numbers escalated, they sought to return to Australia to reunite with their two adult children.

But they had four booked flights cancelled, and in April, Mr Stewart missed the funeral of his sister, Patricia, who died of cancer. 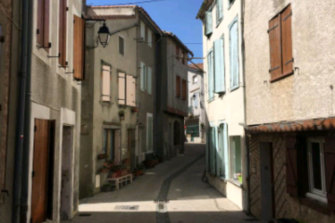 A lane near the Stewarts’ house in the village of Montreal, in south-west France.

In late November last year, they flew on an Australian government repatriation flight to Canberra, where they spent two weeks in quarantine before a friend drove them home to Victoria on December 11.

"People younger than us have lost their jobs, or resigned from their jobs thinking they were going home, then were bumped off flights, and kicked out of accommodation," Mr Stewart said.

"They're just horror stories. You empathise with them.

"There's not much I can do, but this is something I can do. We've got a house, it's sitting there, it's empty, and we thought, why not just offer it to someone if they're in strife and they need somewhere to live." 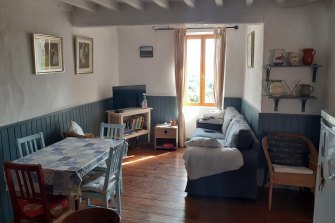 Living room of the Stewarts’ house in Montreal, France.

The Stewarts fell in love with Montreal and the house, particularly its stunning mountain views, when they rented it from its British owner in 2013. They bought it in 2017.

There are concerts in the town square and the area is famous for wine and sunflowers. "It’s a very nice little town," Mr Stewart said.

Get our Coronavirus Update newsletter for the day’s crucial developments at a glance, the numbers you need to know and what our readers are saying. Sign up to The Sydney Morning Herald’s newsletter here and The Age’s here.