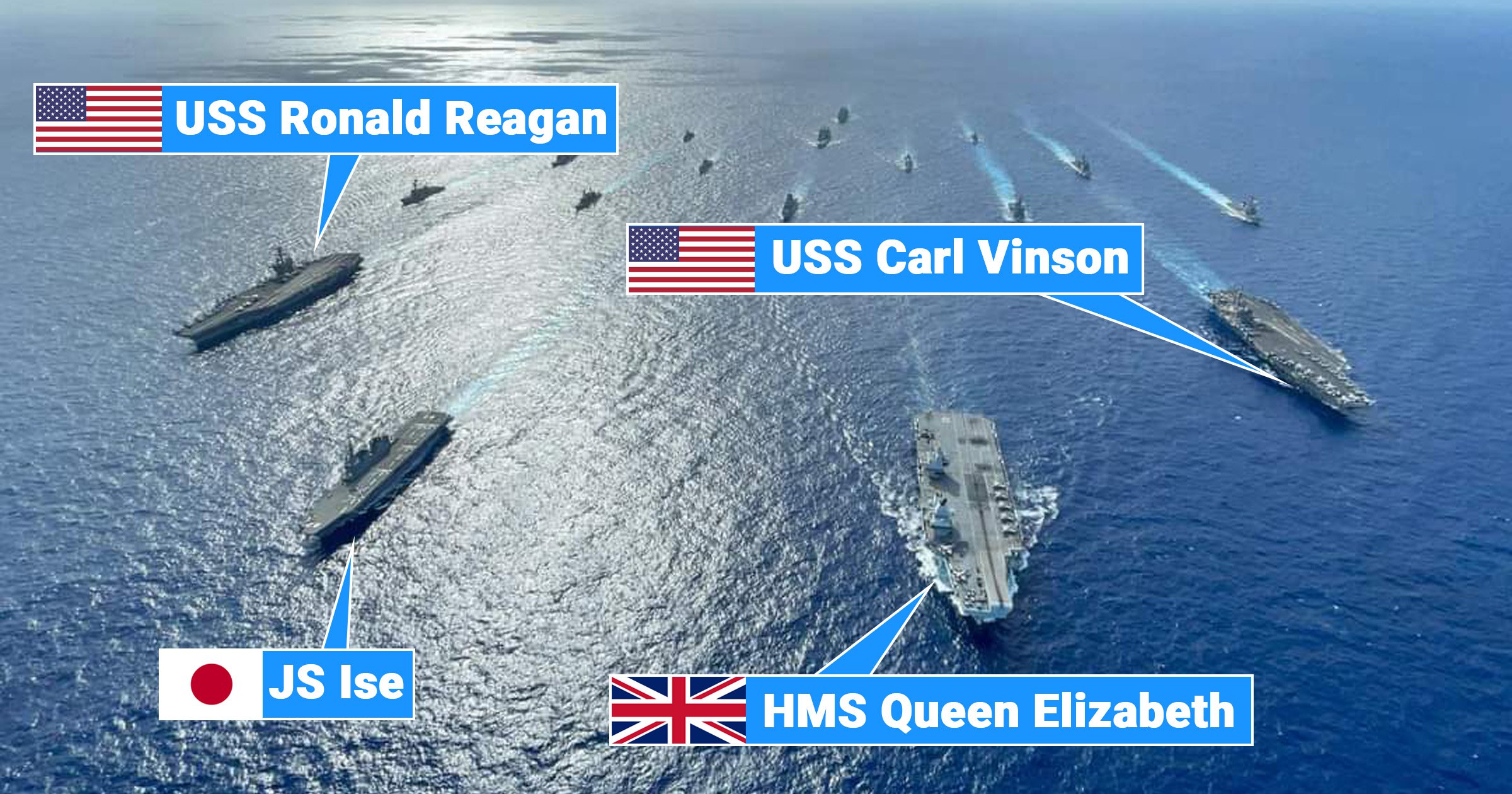 China has threatened a new world war after sending a record number of fighter jets into Taiwan airspace.

It said WWIII could be triggered ‘at any time’ in an article in the state-backed newspaper Global Times.

Taiwan defence minister Chiu Kuo-cheng called tensions ‘the most severe in the 40 years since I’ve enlisted’.

In a display of sustained military harassment, China flew warplanes 149 times toward its neighbour over four days from China’s National Day on Friday until Monday.

No shots have been fired and the planes have stayed away from the mainland, but Mr Kuo-cheng warned of the risk of a ‘misfire’.

The White House called the flights risky and destabilising, with China accusing the US and Taiwan of ‘audacious collusion’.

The Global Times piece said the situation ‘had almost lost any room for manoeuvre’, leaving relations ‘teetering on the edge of a face-off.’

It claimed the people of China were ready to back all-out war with the US, warning Taiwan against ‘playing with fire’.

China accuses the US of being provocative in selling weapons to Taiwan and its ships navigating the Taiwan Strait.

The authoritarian state claims self-ruled Taiwan as its own territory and opposes any international engagement with the island including, visits by foreign government officials.

A group of French senators arrived in Taiwan for a five-day visit this morning, despite Chinese attempts to block it.

Their embassy in France said ahead of the trip: ‘It will not only damage China’s core interests and undermine China-French relations, but will also damage France’s own reputation and interests.’

While Taiwan has complained repeatedly about China’s planes harrying them, the situation is far less dramatic than the crisis ahead of the 1996 presidential election, the last time the two were on the brink of war.

China says Taiwan should be taken by force if necessary. They split in 1949 amid the Chinese civil war.

Taiwan says it is an independent country and will defend its freedoms and democracy, blaming China for the tensions.