THIS is the moment a very grumpy groom appears to lose the plot after cocking up cutting the wedding cake.

The couple's big day then fizzles out big time when he snatches a bottle of champagne and sends it crashing to the ground. 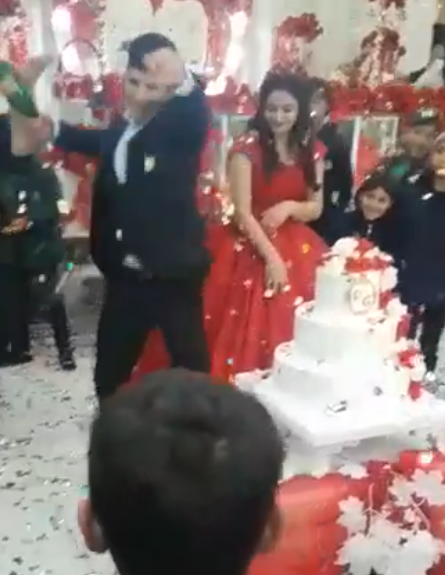 The clip – posted on Facebook with the caption 'Basi is a bad girl' –  opens with the bride and groom cutting into their three-tiered cake as traditional music blares in the background.

However, things start to go wrong when the far-from-happy looking groom drops the knife sparking ironic cheers from family and friends.

Things are soon made worse when his new wife – wearing a bright red lace dress –  starts to giggle at his very public mistake.

One of the bridesmaids hastily picks up the blade and hands to back to the groom who snatches it out of her hand. 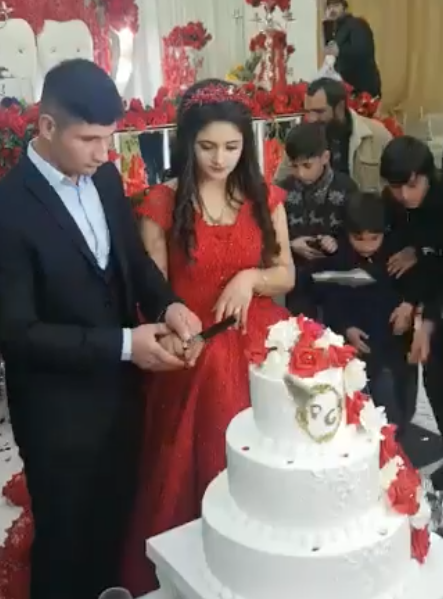 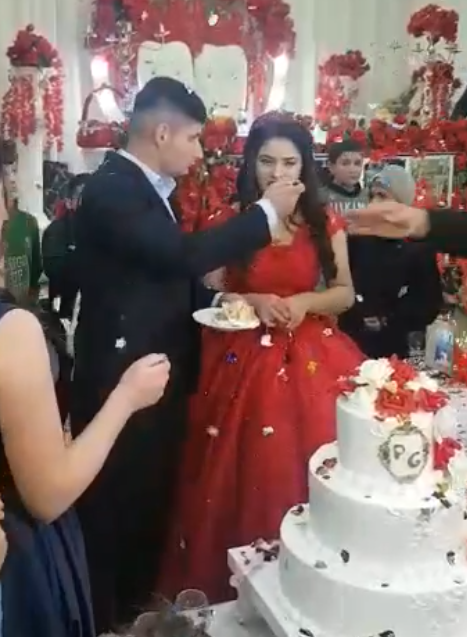 After another botched attempt at slicing into the impressive iced creation, the groom hurls the knife down onto a table while sporting a face like thunder.

He then roughly shoves a spoonful of cake into his bride's mouth before taking a quick bite himself.

The clearly fed up fella is then seen grabbing a bottle of champagne from one of his guests.

After a pathetic attempt to spray the bubbly over family and friends, he grabs the bottle by the neck and smashes it to the floor.

Stunned guests are  seen backing away as the glass shatters in front of young children standing nearby.

One boy is seen holding his hands in front of his face in an apparent bid to stop any shards bouncing up into his face.

Older relatives then close in on the groom seemingly to calm his down while his new bride dances alone nearby.

Some have speculated that smashing the bottle may be a wedding tradition, but by the look of shock on the bride's face that seems highly unlikely. 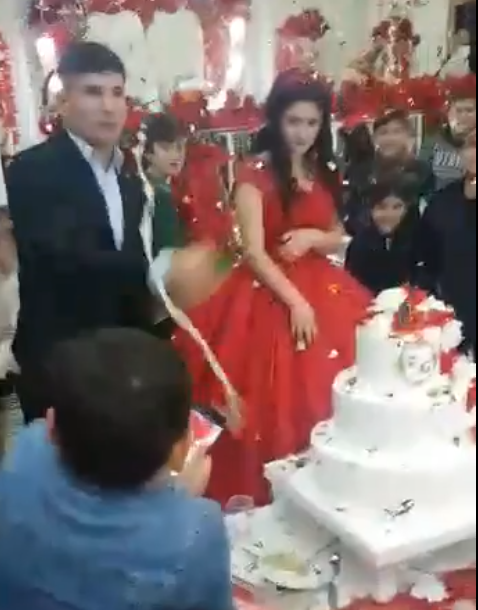