This is the moment a drug gang’s guard dog flops down beside its owners and gives itself up to police during a bust.

The officers seized 1,176 bricks containing 1.1 tonnes of cannabis from the property.

A police video of the raid shows the three suspects lying face-down on the floor with their hands cuffed behind their backs.

Clearly their massive Rottweiler decided the gig was up too and decided it’d be best to be compliant with officers.

According to Narcotics Police, the drugs had been shipped to the house in Hortolandia from Campo Grande, Mato Grosso do Sul state.

But police had been monitoring the property and swept in when the delivery arrived. 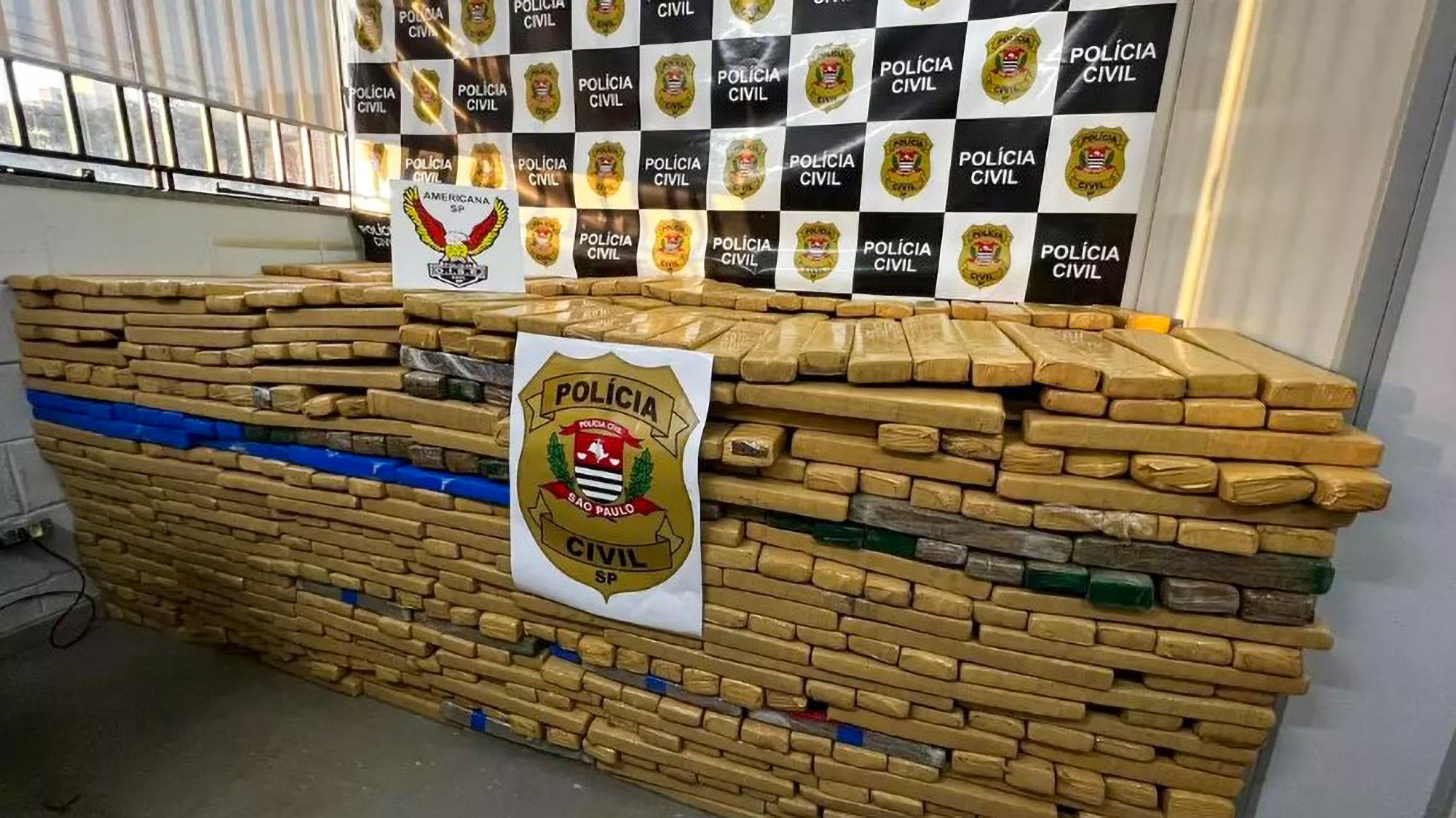 Cops believe the drugs were destined to be sold in and around Campinas, Sao Paulo state.

The men – one of whom owns the house – were taken to the Narcotics Police headquarters in nearby Americana.

The dog remained in the property with the woman who owns the land around the house, who police say is not involved in drug trafficking.

Cops will return to the ranch today to check on the Rottweiler and two other dogs to see if animal protection services are needed.