THE world's toughest great white shark – dubbed Brutus – was seen flashing his battle scars as he hunted his prey off the coast of Mexico.

The 1,500-pound beast was seen baring his ferocious teeth at the camera in a series of stunning images snapped in the waters off Guadalupe Island. 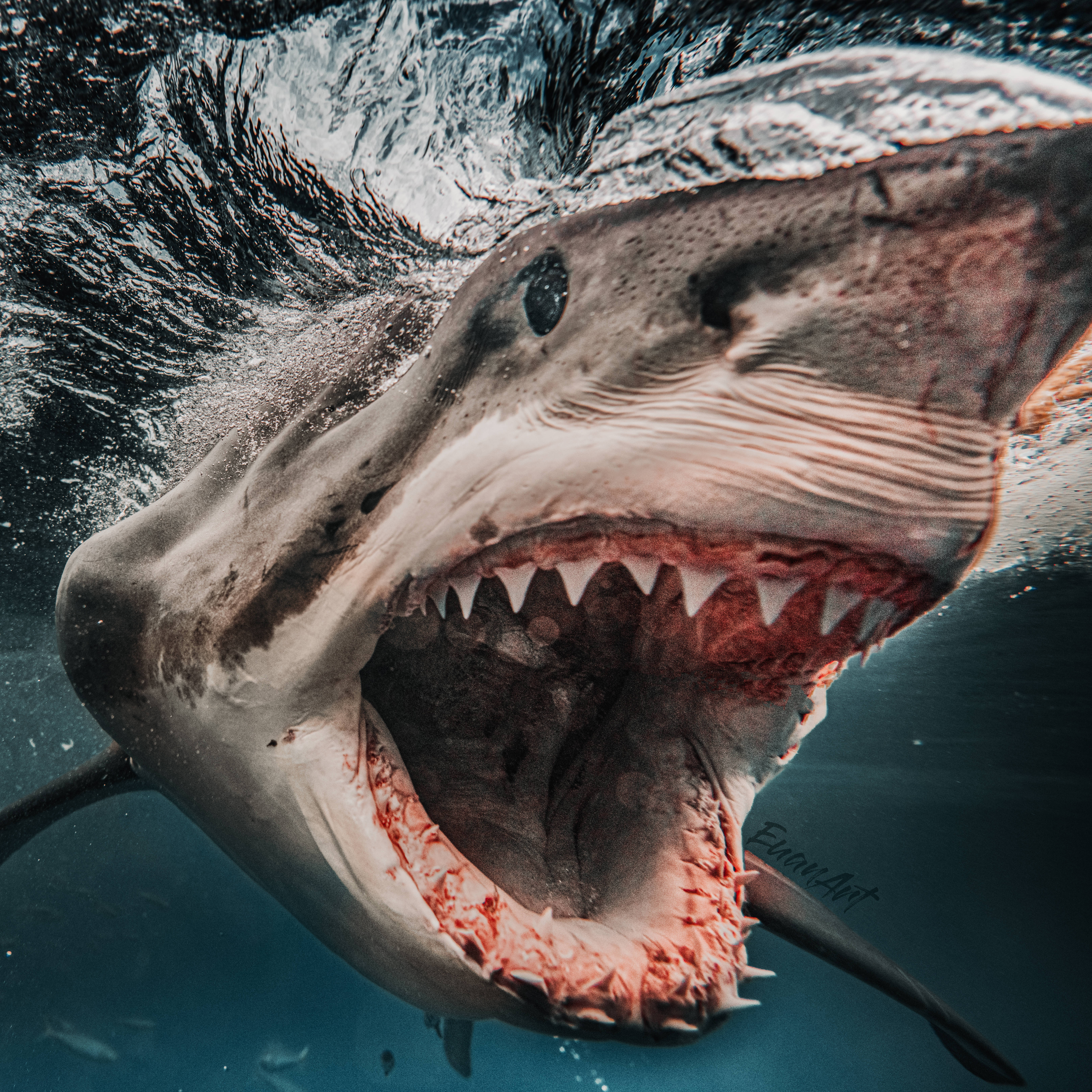 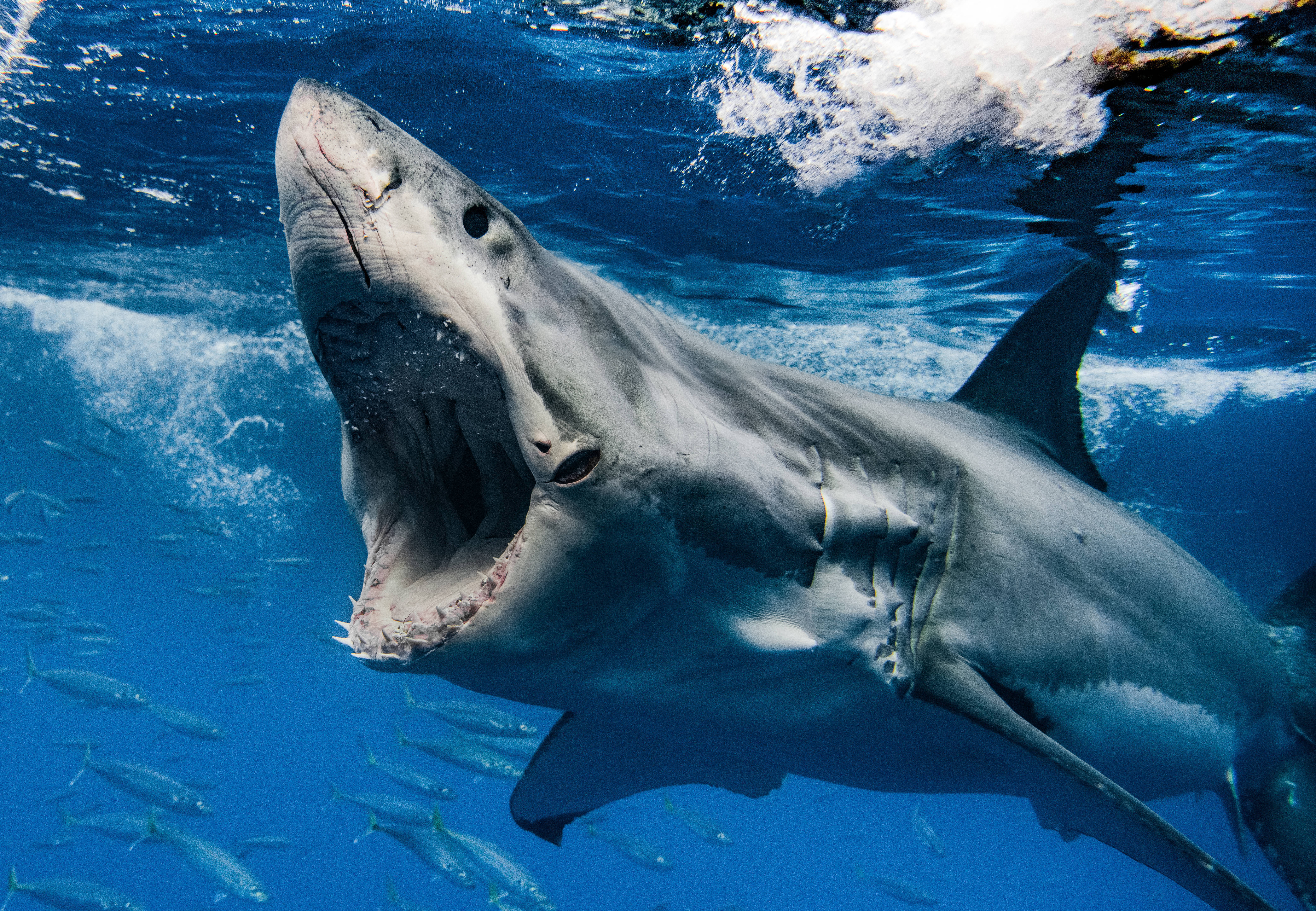 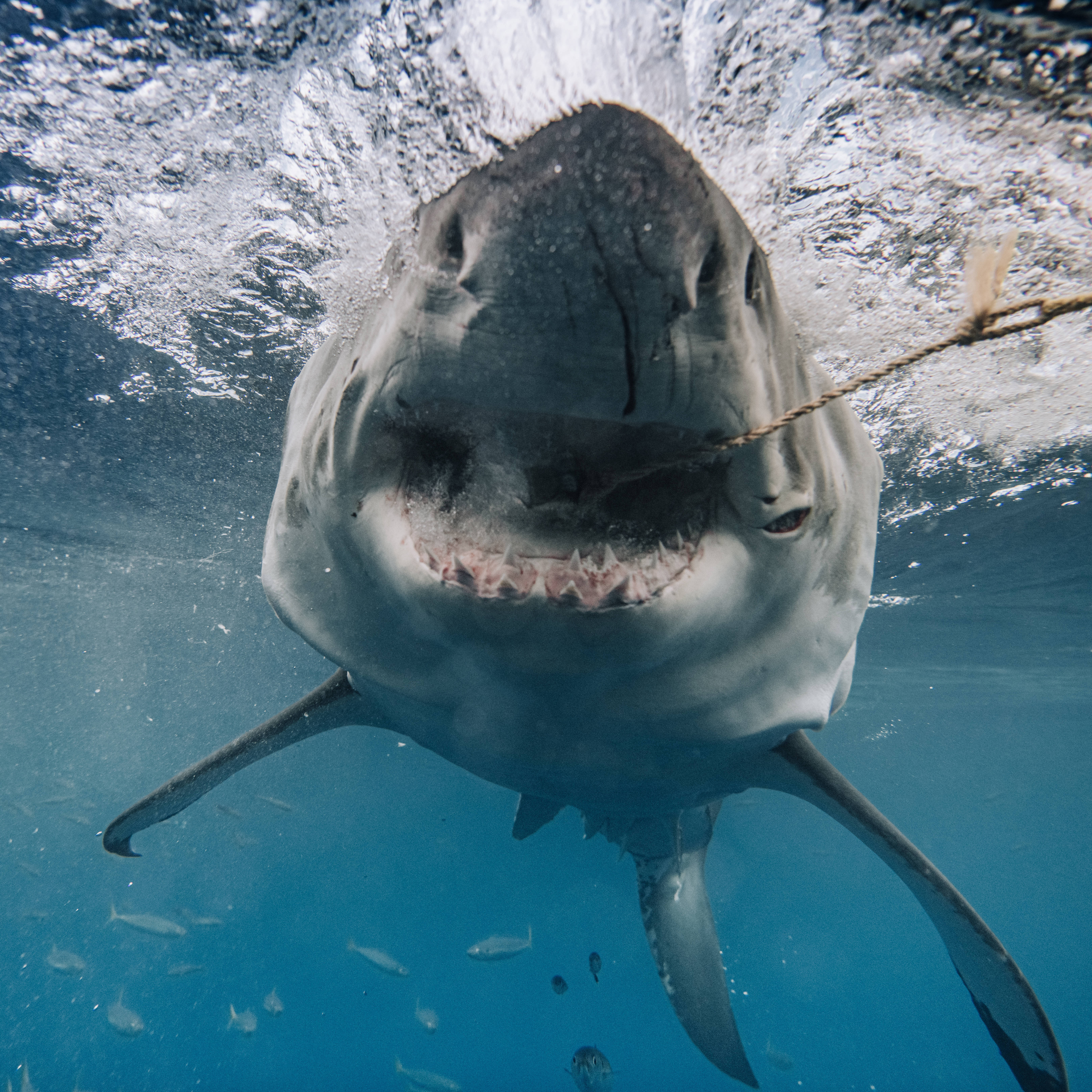 Another incredible picture showed the grizzled brute sinking his six-inch teeth into bait.

The snaps were were taken by Euan Rannachan, 36, a London-born photographer who adores sharks – even running a cage-diving experience called Be a Shark.

Euan captured the underwater shots of Brutus from the relative safety of a cage.

He said: “We had an incredible season out at Guadalupe Island this year, with many active sharks.

"Probably the most active of them all was Brutus. On this particular day, he had started out investigating the bait we had out but wasn’t that interested.

“Then, out of nowhere, a sealion showed up and started taunting him by swimming around him in circles and biting his caudal fin.

“You could see his mood change quickly and he soon was trying to take his frustrations out on the bait."

Great white sharks are carnivorous – with their diets consisting of various fish, turtles, dolphins and sealions.

But the species is now classed as vulnerable by the International Union for the Conservation of Nature due to overfishing.

Euan said: "I used Brutus’s frustration to my advantage and realised that I could guess when he would open his mouth and get myself into position to take the photo.

“I’m glad I did, because only seconds later, he attacked the bait right in front of me multiple times – and I had a front row seat."

It comes after a researcher spotted a shark still hunting for its prey – despite being “half eaten".

Dr Mario Lebrato, 35, from Spain, captured the incredibly rare footage off the shore of Mozambique.

The scientist, who was releasing an oceanic black tip shark into the sea, was stunned as he saw the injured beast mauled in a cannibalistic attack.

And in 2019, rare images emerged which showed the bloody aftermath of a vicious fight between two cannibal great white sharks.

The terrifying pictures supported previous theories that sharks eat their own as a food source. 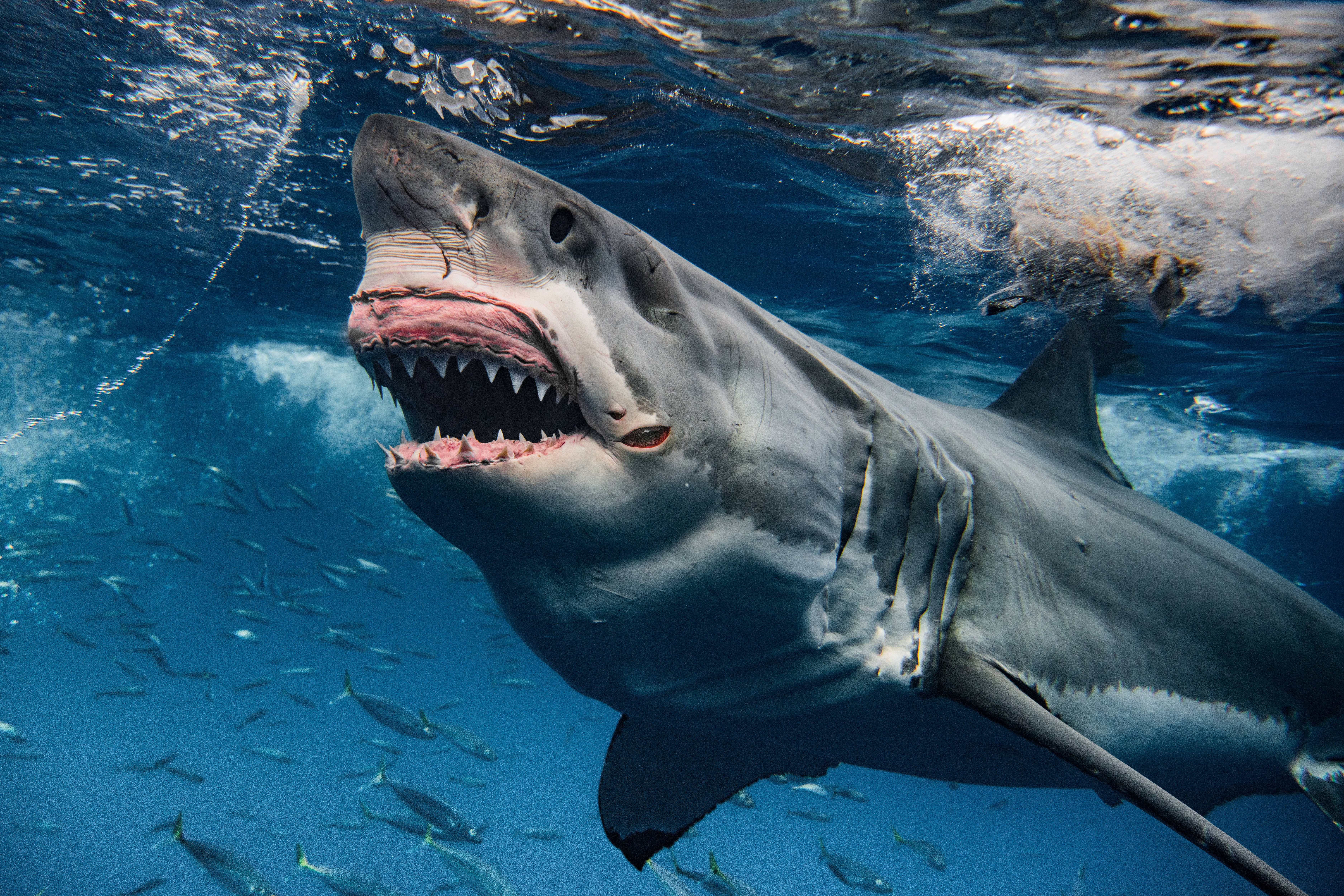 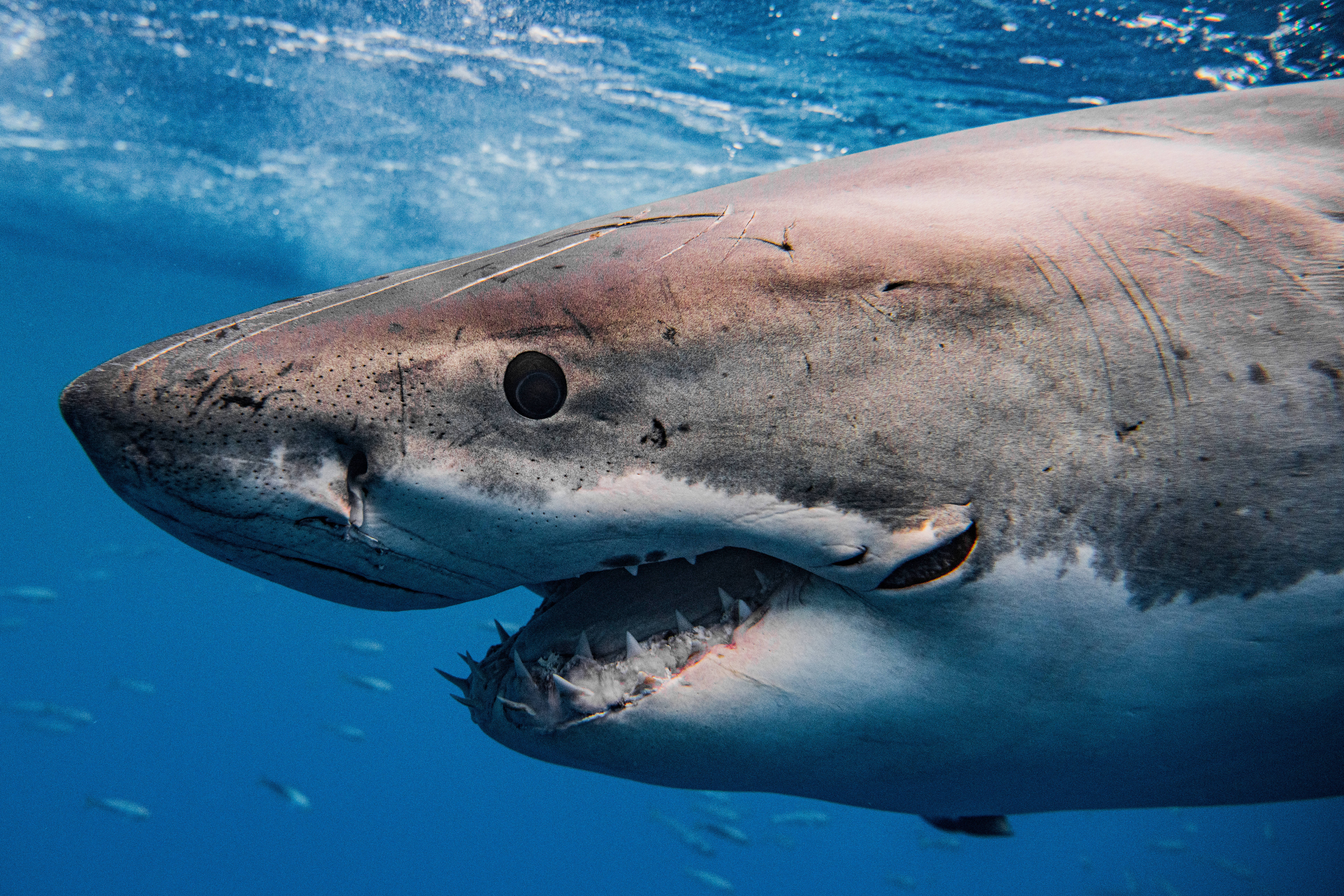