Would-be thief might have lived if Bunnings guards hadn’t tackled him: coroner

A man might not have died if Bunnings Warehouse security guards had not breached company policy by tackling him to the ground when they thought he was trying to steal a saw blade, a coroner has found.

The would-be thief, Anthony James Georgiou, was heard screaming “help me, help me, let me go” after being wrestled to the floor by two guards at Bunnings’ Frankston store in September 2016. 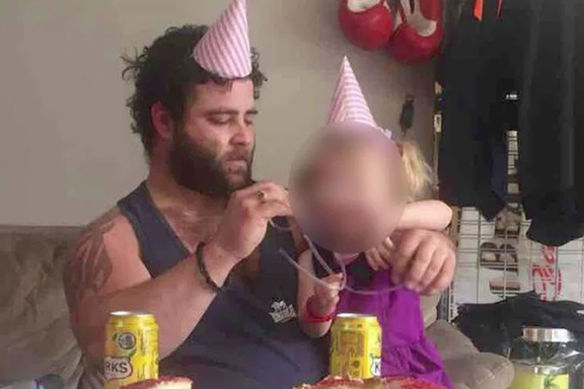 Anthony James Georgiou died in 2016 after being tackled by security guards at a Bunnings Warehouse store in Melbourne.Credit:Nine News

Georgiou, 31, who was later found to have drugs in his system and a heart problem, became unconscious and was taken to hospital, where he died later that day.

The Victorian Coroner’s Court heard on Wednesday that two “loss prevention officers” at the hardware store, Abdul Brenzai and George Oyee, saw Georgiou remove the price tag from the saw, pocket it and go to leave.

Brenzai and Oyee, who were employed by an external security company, stood in front of the exit, told Georgiou they suspected he had concealed an item in his clothing, and asked him to come back into the store.

“[Georgiou] ignored me and said, ‘No, f–k off’, in an aggressive manner,” Brenzai told the coroner. 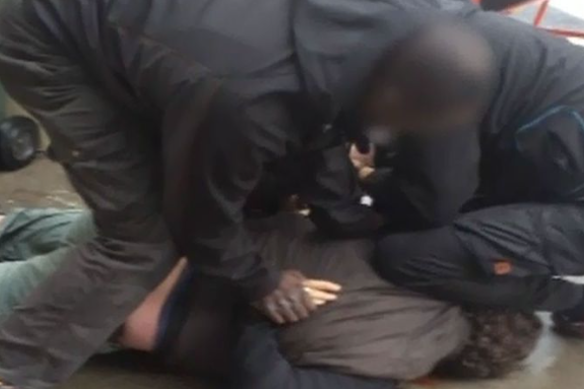 Anthony James Georgiou was detained by the guards on the floor of Bunnings in Frankston.Credit:Nine News

“[He] then kept walking towards the car park. I then grabbed him with my right hand and said, ‘You are under arrest for theft … let’s make it easy and come back with us’.”

In the ensuing melee, Georgiou was tackled to the ground by Brenzai and Oyee, with Brenzai putting his arm around Georgiou’s neck from behind. The trio struggled as they waited for police.

Coroner Darren Bracken found that the combination of Georgiou’s use of methamphetamine, his weight, his pre-existing heart condition and his detainment by the Bunnings guards was fatal.

“There seems little doubt that had Mr Georgiou not been involved in the struggle with Messrs Brenzai and Oyee, he would have walked away from Bunnings that day,” Bracken said.

No one should have to pay for a mistake they’ve made with their life.

“Mr Georgiou’s death was a tragedy for his family as well as for all others involved, including Messrs Brenzai and Oyee. Submissions from Mr Georgiou’s family are both poignant and thoughtful.”

Bunnings’ code of conduct said at the time that loss prevention officers were never to engage in an argument of any kind with a customer or physically restrain an offender except in self-defence.

Bracken found that neither Brenzai nor Oyee had been adequately trained to deal with the situation or shown the Bunnings code of conduct by their employer, New Security Solutions, which might have prevented the altercation from turning violent.

He also agreed with evidence given by security adviser Tony Zalewski, who said while Bunnings and New Security Solutions took reasonable precautions consistent with industry practices, they did not provide or require “refresher training” to maintain standards in high-risk altercations.

Bracken recommended that Bunnings record the details of all interactions between loss prevention officers and customers, periodically audit those records – reviewing the performance of officers – and subject officers to refresher training.

Slater and Gordon lawyer Neha Pratap, who is representing Georgiou’s daughter and former partner in their County Court legal claim against Brenzai, Oyee, New Security Solutions and Bunnings, said her clients suffered psychological injuries that will continue to require treatment.

“As the coroner has found, Mr Georgiou’s death was preventable and had it not been for the struggle that occurred with the untrained loss prevention officers working at Bunnings that day, he most likely would not have died in the hours that followed,” Pratap said.

“No one should have to pay for a mistake they’ve made with their life.”