Young footballer is pranked into believing he has won £100,000 on a fake scratchcard by cruel teammates

An aspiring footballer thought he had hit the jackpot after winning £100,000 on a scratchcard – only to find out he had been pranked by his teammates.

Hilarious footage captures the moment Reece scratches off the cards on a table as his teammates giggle.

All of his teammates, who are in on the joke, pretend to be shocked as Reece shows the card to his friends saying ‘I swear I’ve just won 100k’ before shaking hands with a friend.

But as his friends start to laugh, Reece becomes suspicious, asking: ‘Is this a fake or something. It has to be fake.’ 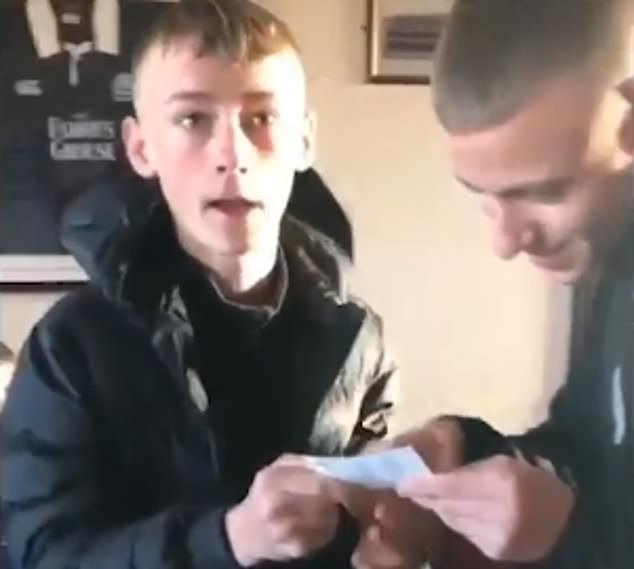 Reece Gaffikin, 18, couldn’t believe his luck when he ‘won’ £100,000 on a scratchcard given to him by his friend Charlie Croasdale as a Secret Santa present at Lancashire Pro Direct Academy, Lytham Saint Annes

Telling him to check how to claim the prize, another friend turns the card over and reads out ‘you have to be in possession of a real scratch card to play’, revealing the prank to Reece, who throws it away.

His pals continue mocking him as the disappointed lad realises he’s been hoodwinked.

‘I bought them [the scratchcards] for him, I knew he’d fall for it. I bought him some real ones as well so it made it more realistic,’ Charlie told Ladbible. 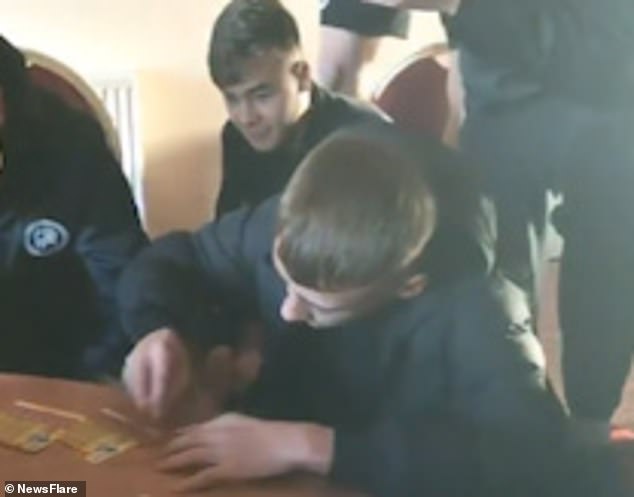 ‘He was really happy because he hadn’t won anything, he started standing up and going around saying that he’d won 100 grand and everything.

‘Then, someone said “how do you claim it” and he looked on the back and it said ‘you must be in possession of a real scratchcard. You can just see his face drop as he throws it away.’

Reece, who did win £1 on one of the other genuine scratchcards, has vowed ‘somehow I’ll get him back’.